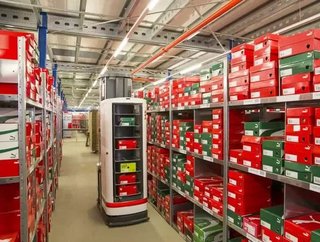 German robotics start-up, Magazino, has attracted $24.8mn in a new round of funding, with new investors including the international technology group K...

German robotics start-up, Magazino, has attracted $24.8mn in a new round of funding, with new investors including the international technology group Körber, Cellcom, Zalando and Fiege Logistics.

The round is led by the Körber Group and is one of the largest funding rounds for robotics start-ups in Europe. The funding will enable Magazino to continue its robotics development as well as expand the company’s sales and distribution network both in Germany and internationally.

Magazino develops and builds perception-driven, mobile robots that automate the handling and transport of goods within intralogistics, in a “flexible and scalable way”.

“With the ability to handle individual objects fully autonomously, Magazino closes one of the central gaps in the automation of manual logistics processes which opens up new opportunities to make processes - and companies - more efficient,” said the company in a statement.

Through their financing, the investors secure access to Magazino’s pioneering technology including the software stack ACROS (Advanced Cooperative Robot Operation System), which forms the "brain" of the robot.

This software stack is designed to allow non-deterministic, perception-driven robots to operate in environments that were originally made for humans.

“The Magazino team has developed real innovations with its robotics solutions that have the potential to make a lasting impact on intralogistics,” said Michael Horn, Member of the Executive Board of Körber AG.

“The partnership offers decisive added value, in particular for customers of our Business Area Logistics Systems. At the same time, our investment strengthens our position in a competitive market environment.

“In addition, as part of our digitization initiatives, we will work with the Magazino team to drive forward future-oriented developments.”