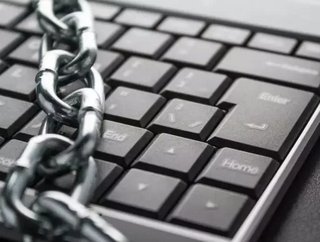 Developed as a means of securing ledgers for financial transactions, blockchain technology has many more potential uses and is rapidly gaining recogniti...

Developed as a means of securing ledgers for financial transactions, blockchain technology has many more potential uses and is rapidly gaining recognition as an important architecture for connectivity and the Internet of Things. In particular, it could be used to streamline supply chain management systems in the food and pharmaceutical sectors, whilst providing a robust assurance of traceability.

Since its origin less than 10 years ago to underpin the cryptocurrency Bitcoin, blockchain technology has evolved rapidly and is already being applied in a variety of ways. It offers a decentralised, transparent technique for storing data, which could revolutionise the way in which information is stored and shared. It is particularly well suited for recording transactional data across complex supply chains, where there are many parties involved and where end-to-end transparency is important.  It is also effectively immutable meaning it is highly secure and can’t be tampered with - in error or deliberately.

Demonstrating its suitability for application in supply chain systems, a company called Everledger has been using the technology to provide an assurance of provenance in the trade of diamonds. Specific data about each diamond including its country of origin and the mine where it was recovered, is permanently recorded on a blockchain so it can be viewed by potential buyers who may want to check its credentials prior to completing a transaction. The transparency and reliability of the system is particularly reassuring to potential buyers in a marketplace where there is a high risk of illegal trading and ethical concerns.

Of course, all blockchains are different and this is also part of the technology’s appeal. Depending on the nature of the supply chain, specific identifiers can be stored and protocols set up to allow access to a secure group if needed. Once established, the system can be optimised for different purposes. For example, changes to protocols could help to improve security or the speed of uploads.

In the pharmaceutical and food industries, supply chains can be particularly complex and suppliers are often geographically spread. Due to the potential risks associated with bringing new drugs and treatments to market, and the high risk of contamination in the food sector, product recalls may be required and corporate brands are judged on how well they react in such situations.

Blockchain technology could be particularly useful in such scenarios; helping companies to identify affected batches quickly and where they have ended up. Close analysis of the information stored on a blockchain could also help to identify other potential risk areas, where intervention may be required.

In this fast-paced area of innovation, where development is still at a relatively early stage, there are plenty of opportunities to secure patents. Standards for blockchain technology are just starting to emerge, which will increase commonality, but even after they are fully established, innovators should still be able to secure patents for revisions and improvements.

If we equate the opportunity to the world of mobile phones, which is a relatively mature marketplace, a new entrant seeking to launch a new smartphone today would be required to invest in multiple licences before doing so, giving it access to various standard essential technologies. A similar commercial opportunity now exists for early innovators of blockchain technology to obtain patents that become new standards.

Among the early innovators in this space, San Francisco-based Coinbase and Korean company, Coinplug, are both prolific filers of patents related to use of the technology as a system for users of cryptocurrencies. Other large corporates, including Mastercard, Bank of America and IBM also hold a significant number of blockchain technology patent applications.

In addition to building its own proprietary portfolio, IBM is also backing an open source initiative, called HyperLedger, to advance the collaborative development of cross-industry blockchain technologies. By licensing key blockchain-related IP in open innovation initiatives, key players in the sector can hope to influence the direction of future innovation.

For innovators seeking to develop new blockchain ledgers for supply chain-related applications, there are still many opportunities to secure commercial protection, giving them the exclusivity needed to market their solutions to industry. While early-stage collaboration could help to develop ideas more quickly, care should be taken to confirm the ownership of any IP that might be created in the future.