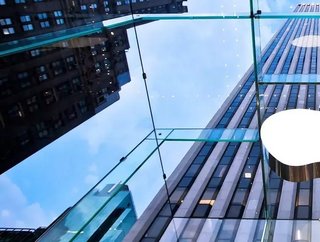 As the US-China trade war escalated, Apple considered moving some of its models to Vietnam. But the pandemic has forced the tech giant to change plans

If there’s one thing American companies don’t like, it’s being dependent on China for goods. To be honest, it’s their fault in the first place, due to decades-long efforts to find cheaper labour abroad. But that doesn’t mean they’re putting up with it. COVID has shown tech companies the danger of relying on a single supplier—or region—for any product. And as the Sino-US trade war heats up, Apple has been one of several companies seeking to move out.

As a result of the pandemic, however, Apple’s plans have been put on hold. Nikkei Asia, a respected source of APAC business, politics, economy, and tech news, reports that Apple factories are struggling to source components, hire employees, and react to shutdowns and quarantine measures. In translation, its logistics teams already have a lot on their mind. Now, forthcoming AirPods models will be manufactured in China, and Vietnamese production has been pushed to the future.

What Was The Original Plan?

According to Ben Lovejoy in 9to5Mac, Foxconn—one of Apple’s major tech suppliers—had intended to shift its iPad and MacBook assembly lines to Vietnam’s Bac Giang province as of late 2020. Note that Foxconn never officially confirmed these rumours—its supplier agreement with Apple means it can’t— but it did invest US$270mn in a Vietnamese subsidiary, FuKang Technology Co. Sources claimed that this was the first step of the planned expansion.

By Q2 of 2021, Foxconn’s Apple assembly lines were supposed to have launched into Vietnamese production. But that plan has since fallen, though, thanks to COVID restrictions and a crackdown by the Chinese government.

A lack of engineers and difficulties with bringing in experienced people across borders have hampered efforts to move production to Vietnam, say Cheng Ting-Fang and Lauly Li in Nikkei Asia. Although the company still plans to move 20% of its AirPods production to Vietnam at some point, it’s not looking likely in 2021. And Apple’s not the only company that’s affected.

In recent months, China has clamped down on border controls, disrupting the flow of skilled workers for Apple, Google, and Amazon. As the senior manager of an Amazon supplier explains, factories have to rely on fully vaccinated Taiwanese engineers instead of sending in Chinese experts. In addition, the Vietnamese workforce lacks skilled engineers. This means that even if Foxconn opens factories in Vietnam, it wouldn’t be able to equip them with workers.

As a result, Apple’s operations might be locked in China for the near future. Said Annabelle Hsu, an IDC research analyst: ‘It’s a long-term tug-of-war between China and non-China production’. After all, China won’t want to lose some of its largest electronics suppliers and manufacturers. And it’ll do all it can to keep them close.