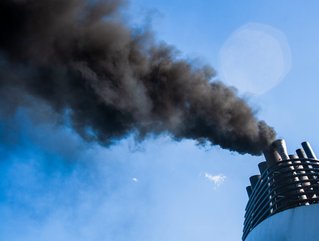 56% of suppliers admit they had no climate targets in 2021 and supply chain CO2 emissions remain the highest sources of pollution, says not-for-profit CDP

It seems that every businesses has set supply chain sustainability goals, but research from CDP shows that this is not quite the case.

As a not-for-profit charity, CDP is a worldwide disclosure system which helps investors, companies, cities, states and regions manage their environmental impact and reduce CO2 emissions.

In a survey of 11,000 companies, CDP found 38% of them were engaging suppliers on climate change issues, but 56% of suppliers said they had no climate targets in 2021.

In its report, CDP revealed that 71% of suppliers reported decreases in their Scope 1 and 2 emissions. These are emissions which come from sources controlled or owned by an organisation and indirect GHG emissions associated with the purchase of electricity, steam, heat, or cooling.

However, just 2.5% of suppliers set third-party approved targets to limit warming to below 1.5C.

Climate watchers are watching these businesses closely, but call on respective governments to do more.

“Misleading advertisements by companies have real impacts on consumers and policymakers,” said Gilles Dufrasne, policy officer at Carbon Market Watch. “We’re fooled into believing that these companies are taking sufficient action, when the reality is far from it. Without more regulation, this will continue. We need governments and regulatory bodies to step up and put an end to this greenwashing trend.”

“We are looking at procurement as a lever to orchestrate change down the supply chain,” said Sonya Bhonsle, global head of value chains and regional director corporations at non-profit CDP. “Since Paris [climate accord], CPOs have stepped up onto the environmental scene in ways I’ve never seen before. More CPOs talk with suppliers and make climate change part of their purchasing strategy… That leadership has been fundamental and inspirational.”