Andrew Peeler takes over as CEO at Yodel 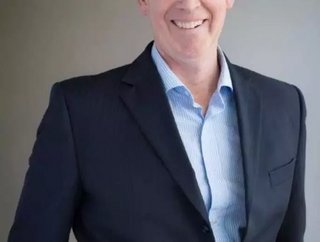 Peeler joined the company in September as Chief Financial Officer, and has previously held several senior executive and board positions in Europe, America and Australia at international blue-chip companies including Unilever, Cadbury Schweppes, Premier Foods and Bupa.

In a statement, Yodel said he has broad commercial and financial experience and has been “pivotal in both expanding and turning big businesses around”.

He joined Yodel from the fastest growing Bupa unit in ANZ, and prior to that was involved in the turnaround of one of Bupa’s largest businesses. Earlier in his career, he played a key role in a successful transformation acquisition for Cadbury Schweppes in the USA and the financial recovery of Premier Foods.

Peeler will take over from Mike Cooper, who leaves Yodel at the end of the month to become Chief Executive of Eurostar.

Executive Chairman, Dick Stead, commented: “Over the past two years, Mike has put client and customer insight at the heart of Yodel. Under his leadership, Yodel has seen improved service levels and greater customer satisfaction, with the UK Customer Service Institute rating Yodel second most improved company for customer satisfaction in 2017.

Commenting on his promotion, Peeler said: “The last four months have been an exciting introduction to Yodel and the opportunities that lie ahead. I am delighted to take on the CEO role and particularly to work with such an experienced leadership team.

“We look forward to completing the business transformation and firmly establishing Yodel as the retailers’ carrier of choice.”