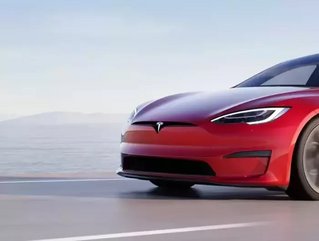 The global microprocessor shortage has hobbled traditional auto makers, and yet Tesla continues to record record output. So how has Elon Musk done it?

Last week, Tesla’s record-breaking Q4 results defied widespread problems hindering much of the automotive industry. Chief among these problems is the ongoing global shortage of microprocessors.

This eye-catchingly impressive has left many wondering how, exactly, the e-vehicle manufacturer has managed to circumnavigate the chip shortage that has hobbled so many other car makers - with chips used in everything from airbags and infotainment screens to parking assistance and phone chargers.

The answer it seems is simple: Tesla is building its vehicles from scratch, unlike legacy automotive companies, who are producing iterations of vehicle models that often stretch back over generations.

Tesla is a new company, which gives it flexibility on chips

This means Tesla has the advantage of designing its vehicles from the ground-up, rather than adding parts piecemeal over decades, as have most traditional automakers.

In this way, Tesla CEO Elon Musk has been able to keep production lines running, by relying on in-house software engineering expertise, which has made it more efficient than many rival automakers at accommodating a global shortage of semiconductors.

Last year Musk revealed that Tesla was able to quickly rewrite the software needed to integrate alternative chips into its vehicles earlier when faced with chip shortages.

This option was not available to other automotive companies, a fact that was reflected in their output last year.
Honda, Nissan, and General Motors all reported declining US sales in 2021, leaving sales teams low on available stock and consumers with less choice. The global chip shortage also forced some motor companies - including Jaguar Land Rover, Ford and Volkswagen - to temporarily shut down selected production sites.

According to consulting firm AlixPartners, without enough semiconductors, car companies are on track to manufacture about 77 million vehicles globally in January 2022, about 9% down on what might normally be expected at that time of year.

Chip shortage is as much about demand as supply

The microprocessor shortage is as much one of demand as supply. Lockdown saw a surge in online orders for laptops and smartphones, as working from home became commonplace. There was a similar rush for games consoles.

And car makers could continue to face similar difficulties for some time yet, with Intel’s CEO Pat Gelsinger warning last summer that the global chip shortage could continue for several more years. Little has changed in the intervening months to suggest Gelsinger’s forecast rings any less true now than it did then.

The forecast is that by 2025, half of the top ten auto-makers will design at least some of their own chips. The problem for many of them at present is they allow parts suppliers to handle the sourcing of chips. Musk, on the other hand, prefers to make vehicle components in-house.

Although Tesla declines to comment on its chip-sourcing strategy, Tesla CFO Zachary Kirkhorn said in October 2021 “our expertise in the chip industry and consistent messaging to suppliers has helped us manage supply chain challenges”.

“We have never reduced our production forecast with suppliers because we are adding capacity as quickly as possible,” Kirkhorn told analysts.
Nakul Duggal - who leads Qualcomm’s automotive business - agrees that anything where Tesla has decided to build something itself means “it has a direct relationship with a semiconductor supplier”. He was speaking to the Wall Street Journal (WSJ).#

That Tesla is an e-vehicle maker gives it another advantage.

”Electric-vehicle-focused producers benefit from being more rooted in technology than traditional car makers,” Ganesh Murthy, CEO of semiconductor supplier Microchip Technology told the WSJ. This, he says, makes them “more connected” and as a result  “able to be more flexible in what they’ve built”.

One example of this is how Tesla has designed a computer to enable advanced driver-assistance technology in new vehicles.
However, Tesla is not immune to supply-chain problems. Musk blamed a lack of chips for delays in the rollout of its long-awaited electric pickup and semi-trailer trucks. Both were slated to enter production in 2021, but are now set to enter production in 2022 and 2023 respectively.

And in February 2021 Tesla temporarily closed its Fremont plant in California due to a parts shortage. According to Tesla watchers, Musk has worked around these shortages by building cars that can be retro-fitted with missing parts.

It’s yet another example of the manufacturing flexibility that Tesla enjoys that is not available to the established auto-makers.