Weed in the Warehouse 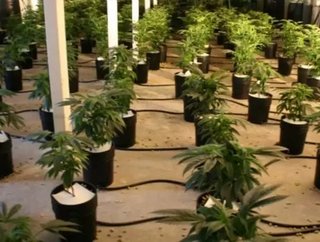 Working in a warehouse can get pretty mundane at times, and workers are constantly trying to find ways to keep busy. Here are three marijuana-inspired...

Working in a warehouse can get pretty mundane at times, and workers are constantly trying to find ways to keep busy. Here are three marijuana-inspired warehouse stories that you’d never want to happen in your warehouse.

I’m totally sure they “lost” it. No, really.

Police had seized seven bags filled with over 100 kilograms of marijuana last month, but when officials recently went into the police warehouse to get rid of the weed, they found five of the bags filled with bricks, among other things.

For our U.S. readers, 100 kilograms is a little over 220 pounds. It’s not sure where the marijuana went, but it’s rumored that Kazakh police officers throw one hell of a party.

In Transit: T-Mobile, Spring merger deal means nothing without the Apple iPhone

Check out the latest issue of Supply Chain Digital

Having a little weed in the warehouse is a bad idea. But three tons? That’s 6,000 pounds of green, enough to get an entire country high. Police also found a factory churning out pirate DVDs and a warehouse full of stolen appliances. Eleven people were arrested in all.

If anything, the lesson here is to keep warehouse marijuana use to a minimum. Hiding a dime sack in your pocket is one thing, but it’s pretty obvious when you’re hiding 6,000 pounds of weed in a warehouse.

Well, the Motor City just got a little more depressing.

A little over a week ago, police uncovered a major pot growing center inside a Detroit warehouse. $750,000 worth of pot was taken from the warehouse, where 8,000 plants were found growing.

With the local economy already hurting from the struggling automobile manufacturing industry, this is the last thing Detroit locals needed to hear. Yes, the weed warehouse was busted, but the price of marijuana just went up for Motown residents. It’s simple supply and demand.