RIM writes off $485M worth of overstocked inventory 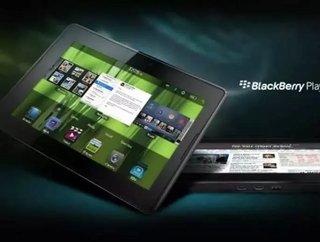 Sometimes, having too much inventory can be a good thing. Research In Motion, the manufacturer of the struggling BlackBerry phones and PlayBook tablets...

Sometimes, having too much inventory can be a good thing.

Research In Motion, the manufacturer of the struggling BlackBerry phones and PlayBook tablets, is writing off much of its unsold inventory to help fight a slipping profit margin.

It’s not chump change, either. RIM said on Friday that it’s taking a pre-tax charge of $485 million off of its taxes to account for the slipping value of its PlayBook tablets, which recently saw its price drop from $500 to $200.

That price drop was necessitated by an inventory overload that has ballooned to $1.4 billion as of late August. Selling the PlayBook has been a huge problem for RIM, which has struggled to compete with Apple in the tablet computer market.

Needless to say, RIM has done an incredible amount of backpedaling since launching the PlayBook earlier this year.

“The launch of the PlayBook may well be the most significant development for RIM since the launch of the first BlackBerry device back in 1999,” RIM co-CEO Jim Balsillie said in March.

Failed service led to some PlayBook complaints, as RIM suffered through an October email and web services outage that lasted several days for international customers. The PlayBook’s downed service even briefly reached U.S. and Canadian customers before being contained.

While PlayBook sales continued to suffer in the just-ended fiscal third quarter, RIM said it sold 14.1 million BlackBerrys in the period, a slight improvement over analyst predictions. Overall, however, sales are expected to fall slightly in the third quarter, which is in line with projections.