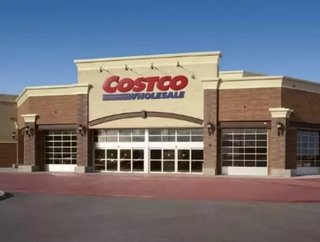 One of the pioneers in the warehousing industry is stepping down down. James Sinegal, CEO and co-founder of warehouse giant Costco Wholesale, is taking...

One of the pioneers in the warehousing industry is stepping down down.

James Sinegal, CEO and co-founder of warehouse giant Costco Wholesale, is taking off at the end of the year.

Sinegal, 75, helped start the warehousing company with Jeffrey Brotman in 1989, building the Costco brand into the country’s biggest member warehouse chain, with close to 600 locations worldwide.

The move wasn’t unexpected, as Sinegal’s departure was viewed as imminent after 59-year-old Craig Jelinek was promoted to president and COO 18 months ago.

“Costco has a very strong culture and a deep bench of management talent,” Mr. Sinegal said in a statement earlier this week. “I have total confidence in Craig's ability to handle his new responsibilities.”

Sinegal will remain on Costco’s board, and will remain an adviser through 2013. The movement throughout the Costco executive team is not expected in impact the company or its brand at all.

“We do not think the strategic vision of the company will change,” Michael Extein, an analyst who follows Costco for Credit Suisse, told the Wall Street Journal in a research note.

Sinegal started as a grocery bagger in 1954, and reportedly fell in love with retailing. The lame-duck Costco CEO prided himself on the ability to visit each of the company’s 580 stores in all nine countries every year.

Sinegal was also largely responsible for staving off Wal-Mart’s efforts to capitalize on its warehouse clubs, as Costco still maintains a sizable lead in first place in terms of revenue.