Comment from Indigo Software: Can we transform the skills shortage into a ‘change for good’? 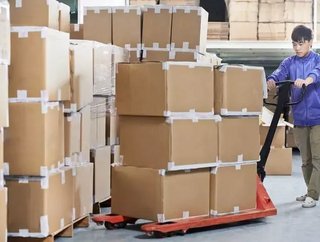 Research from the Chartered Institute of Personnel andDevelopment (CIPD) has highlighted that 40% of employers are strugglingto fill job vacancies compa...

Research from the Chartered Institute of Personnel and Development (CIPD) has highlighted that 40% of employers are struggling to fill job vacancies compared with twelve months ago. Their study was conducted across all industries including the warehousing and logistics sector and the findings mirror our own direct experiences. As WMS specialists, we meet with a lot of warehouse operations managers and over the past year, their feedback to us has followed a very consistent pattern. They can’t find the staff they need to run their warehouses and given the risks associated with Brexit, many are turning to automation instead.

Here’s an example that demonstrates this trend and we’ve been working with this company, an SME with a global B2B customer base, for over ten years. Their warehouse operation is typical of many similar sized B2B manufacturers in the UK in that they have always employed two people on their packing production line and another person to load cartons onto a pallet. I visited them recently and these people have gone. A robot now does those jobs – producing a full pallet every three minutes. Why? Constant churn and rising labour costs meant the payback between the short term lower cost of employing people vs. longer term investing in automation were slowly equalising.

This change was inevitable at some point. Research from McKinsey highlights that logistics is one of the industries due to see the largest changes over the next 10 years from automation, with an estimated 57% of jobs being automated. Now, with Brexit on the horizon, our direct experiences of working with manufacturers is showing that many are accelerating their plans. This is in part due to a general shortage of skills and also the negative impact Brexit is having on warehousing workforces.

Additional feedback from other customers corroborates this. Another components specialist we work with employs 6 full time people in their warehouse and has seen nine leave already in the first six months of the year. Most of them are EU migrants who came to the UK in search of better paid work and more opportunities. But now, thanks to the pound’s decline in value, combined with the general ‘anti migrant worker’ atmosphere that many of these people are starting to face in their local communities, they are rethinking their plans and leaving. Wouldn’t anyone? That’s what has been behind this customer’s difficulties finding and retaining warehouse staff. So now they are looking at automation instead. The skills shortage is accelerating their rate of automation adoption in the warehouse.

Apart from Brexit influencing a skills shortage, one of the other problems is that as a sector, warehousing and logistics is not regarded as an attractive profession for young people. It’s one that is associated with low skilled, repetitive work, offering low levels of employment satisfaction. Over the past few decades, the level of skills required has steadily declined - technology has removed all the thinking needed for many job roles. Combine this with the average working conditions you find in a warehouse – it’s usually pretty cold, dark and hard physical graft - why would people be choosing to work there? Young people have much greater access to vocational education and are voting with their feet, preferring careers in other industry sectors instead. Who can blame them too?

So yes, there is a skills shortage in the logistics sector and at the lower end of the industry this is unlikely to change, due to economic, social and political forces. But given that these are often jobs that mean very hard work for minimum wages in hard conditions, perhaps it is time now for all manufacturers to accept this is the future and accelerate their adoption of technology instead. Returning to my first example, this manufacturer had experienced many instances of its packing line workers suffering RSI related injuries and physical wear and tear from doing hard manual work. Replacing them with robots is therefore a positive change.

The skills shortage is a problem, but for many roles in the sector doesn’t necessarily need to be. Interest rates are at an all-time low level and the government is still offering relatively generous tax relief on capital allowances through the Annual Investment Allowance, which includes the purchase of hardware and software related automation. In the case of software controlled automation, there are more choices than ever for manufacturers to consider, with availability to opt for both cloud hosted and native cloud applications. This makes the ROI on software investments much easier to recoup than in the past because implementation times are much faster.

Perhaps it’s time to acknowledge that in some ways, the skills shortage, whilst it’s a pain to have to deal with, is actually an opportunity and a ‘change for good’. It’s a sign of the times and exists because a lot of the jobs involved aren’t particularly appealing.  So why not take advantage of technology and eliminate them where possible?