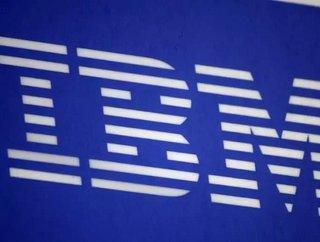 Follow @SamJermy and @SupplyChainD on Twitter.IBM has announced the results of a new study that finds top performing procurement organisations are expan...


IBM has announced the results of a new study that finds top performing procurement organisations are expanding their purview to drive company-wide innovation and top line growth. This is as opposed to confining themselves to their traditional roles as the gatekeepers of corporate spending.

According to the study, top procurement organisations are nearly twice as likely to introduce new innovations into the company and 1.5 times more likely to have influenced senior leadership to enter a new market than their lower performing counterparts.

Over 1,000 senior procurement leaders from $1 billion-plus companies in 41 countries contributed to the study – one of the largest and most comprehensive of its kind.

While the last CPO study reflected the desire of procurement organisations to gain influence in the c-suite and the connection between procurement performance and enterprise value, this year’s study goes one step deeper by focusing on how top CPOs are actively reshaping their responsibilities beyond cost control processes and into a higher level of strategic advising. These top CPOs are driving enterprise agendas through three common initiatives:

Terrence Curley, Director of Strategic Supply Management at IBM, said “The most advanced CPOs are proving that focusing on the nuts and bolts of procurement processes is not enough to bring real value to the business.

“True procurement leaders who see the bigger picture can use their unique vantage point in the organisation to drive innovation, grow revenues and expand competitive advantage. The results of this study can serve as a road map for all CPOs to follow who want to provide a real impact on the future of their company.”

To access the full results of the study, listen to the webinar and download an IBM infographic, visit http://ibm.com/business/value/chief-procurement-officer