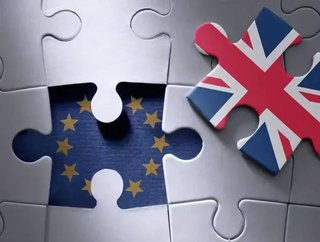 The Official Journal of the European Union (OJEU) regulations, which protect against fraud and ensure fairness in the way public sector contracts are aw...

The Official Journal of the European Union (OJEU) regulations, which protect against fraud and ensure fairness in the way public sector contracts are awarded in the UK, have been widely criticised for driving up costs and slowing down procurement processes. But should the system be replaced and if so, with what?

Far from simply being an example of burdensome EU red tape, the UK’s consistent high ranking in global anti-corruption tables is proof that the system is doing its job and protecting the interests of UK tax payers. The OJEU directives require the publication of contract notices for all public sector procurement over £100,000 in spend, providing transparency and enabling all interested parties to participate.

Despite their effectiveness, however, recent research has found that UK procurement processes take on average two months longer and are £20,000 more expensive compared to the rest of Europe. Rather than scrapping OJEU regulations altogether in order to tackle the UK’s inefficiencies, the UK government should prioritise improving engagement with the existing framework to improve efficiency whilst maintaining fairness and transparency.

In order to deliver changes that will improve engagement with the regulations, it is essential that procurement professionals first stop blaming the system. Instead, there should be a drive to raise standards and upskill those responsible for public sector procurement at all levels.

If not replaced with an equally robust framework, repealing or amending the OJEU system could open the door to corruption within the sector; negatively impacting private sector investment. Furthermore, replacing OJEU with a system that favours British contractors could place significant pressure on certain industries, such as the nuclear industry, which are reliant on offshore talent to bridge current and future skills gaps.

The procurement regime adopted by the UK Government post-Brexit is likely to depend on the nature of the relationship that is adopted with the EU over the coming months. With key drivers such as access to market, tariff-free trade and tariff barriers yet to be determined, public sector organisations can put themselves in the best position for potential changes by taking steps to maintain agility at all levels of the supply chain.

With many battles ahead over the coming months, replacing a system which has proven its effectiveness in increasing fairness and transparency is likely to be low down the Government’s agenda. Instead of changing the wheel, all those involved in public sector procurement should be doing more to increase engagement with the existing OJEU-compliant system and focus on trying to make it work more efficiently.