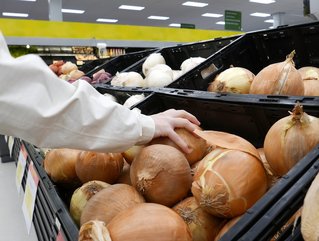 Recent news that Walmart is to build a one-million square-foot fulfilment centre to support its rapidly growing supply chain network should come as a surprise to no one.

The fulfilment centre will store millions of items, which will be picked, packed and shipped directly to customers, often next-day. The facility, in Mississippi, will open in Spring 2022 and will create 250 full-time jobs across the region.

It’s safe to say Walmart is having a great pandemic, with its current aggressive supply chain expansion following a strong showing during lockdown.

Last year Reuters reported that Walmart’s marketplace had grown to an estimated 70,000 sellers in 2020 - growth that was fueled by the explosion in online shopping sparked by the Covid-19 pandemic.

To staff its ever-expanding supply chain Walmart is in the midst of an ongoing recruitment blitz, as it seeks to hire a further 20,000 people.
Among the thousands of extra supply chain roles it has already filled are fork-lift operators, order fillers, shipping loaders, power equipment operators, diesel technicians and drivers.

Walmart’s continued expansion is also being fuelled by significant investment in technology, as it rolls out high-tech automation systems, as well as next-gen grocery distribution centres, which distribute products to stores.

Lockdown might have presented Walmart with an unexpected opportunity for growth but it has grasped this nettle with both hands. In terms of increased retail market-share over the past two years, it is rivalled only by Amazon.

Today, it serves around 220 million customers a year and has 10,500 stores in 24 countries, as well as a huge global e-commerce presence. It also employs 2.2 million associates worldwide. In 2021, its revenue was US$559bn.

It’s a far cry from the company’s genesis in 1945, when demobbed soldier Sam Walton used a $20,000 loan from his father-in-law to buy a BenFranklin variety store in Newport, Arkansas. The store was a franchise of the Butler Brothers chain.

The Walmart way built on discounts

From the very beginning, Walton’s watchword was ‘discounts’. “You can lower your mark-up but earn more because of increased volume," he explained.

Walton also believed discount stores could thrive in small towns, with populations of 5,000 or fewer. The Butler Brothers management didn’t agree with him, and so Walton struck out on his own, opening his first Walmart store, in Rogers, Arkansas, in 1962.

Within six years Walmart had expanded beyond Arkansas, opening stores in Missouri and Oklahoma, and in 1969 it became a public company. Just two years later, Walmart stock was being traded on the New York Stock Exchange.

That marked the start of the company’s strategy to buy smaller chains. It began in 1974, with the acquisition of 16 Mohr Value Stores, in Michigan and Illinois. Then it bought the Hutcheson Shoe Company, before expanding into pharmacies, auto and jewellery.

By 1980 Walmart hit revenues of $1bn for the first time, and holds the record for hitting that landmark in the fastest ever time.
Walmart’s continued expansion since this time has been based on a rinse-and-repeat approach of discounted goods and strategic buyouts.

And now the pandemic has presented it with the chance to take its growth into the stratosphere.