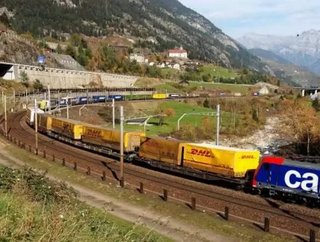 The attendance of Secretary LaHood is a very strong indication that this event supports the future of the rail industry and its vital importance at the National and State level. As Secretary of Transportation, LaHood leads an agency with more than 55,000 employees and a $70 billion budget that oversees the nation's air, maritime and surface transportation system.

The “Next Generation Supply Chain Connectivity Forum” will be held on Feb. 8, 2012 at the Woodlake Hotel (formerly the Radisson) in Sacramento, CA. Various speakers from the U.S. Department of Commerce, the Federal Railroad Administration and CALTRANS will also participate in the event to bring together rail sector manufacturers/suppliers with key OEMs.

The Forum is for manufacturers who are interested in growing their business by considering opportunities in the rail industry supply chain. Panel Discussions for both traditional and potential new suppliers will take place followed by one-on-one meetings between OEMs and suppliers.

This Forum is the result of a partnership between the U.S. Department of Transportation (DOT) and the U.S. Department of Commerce (DOC) to leverage existing agency capabilities to promote the development of a robust domestic supply-base to support intermodal transportation investment in the United States. This initiative is part of a broader opportunity of $782 million in grants that will pump new life into domestic manufacturing across the nation. The Northern and Southern California Manufacturing Extension Partnership Centers, MANEX and CMTC, are supporting this event.

The Federal Railroad Administration (FRA) has awarded two grants to CALTRANS for a total of $168M (matched by $42M in State funds) for the purchase of 42 passenger cars and 6 locomotives. The new bi-level railcars will incorporate numerous design improvements and innovations, making the States' rail passenger service safer, more reliable, efficient, cost-effective and attractive to passengers. The CALTRANS RFI can be accessed from CMTC's website.

“In this economy, it is vitally important for manufacturers to diversify their business into new areas to support growth in the State,” stated Jim Watson, President and CEO of CMTC. “Manufacturing plays an important economic role in the State's economy since California has the largest concentration of manufacturers in the nation,” added Hank Holzapfel, President and CEO of MANEX.