US and Russia in secret nuclear cargo collaboration 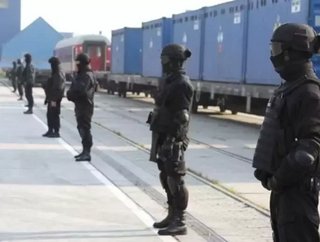 Follow @SamJermy and @SupplyChainD on Twitter.Despite the frosty political climate and obvious tensions, the US and Russia have both been collaborating...

Despite the frosty political climate and obvious tensions, the US and Russia have both been collaborating on the transhipment of nuclear cargo.

The US said yesterday that it has worked with Russia to help remove 50 kilograms of highly-enriched uranium from Poland as part of a global campaign to reduce the use of nuclear fuel that could also serve as material for bombs.

Washington and Moscow continue to cooperate on a case-by-case basis in areas of mutual nuclear security concern despite a current ‘substantial strain’ in their relations, US Secretary of Energy Ernest Moniz said at an UN nuclear agency meeting in Vienna on Monday.

It was "one more step in our long-term process of removing and in many cases eliminating HEU and plutonium from various countries." He added. Plutonium can also be used to fuel a nuclear weapon, so the US has helped remove it from 12 separate countries since 2009.

There has been previous occasions where nuclear cargo has been transited from Poland to Murmansk past or even into the waters of Norway, sometimes with the Norwegian authorities receiving little or no prior warning. The US say this is to minimise the risk of terrorist attacks.