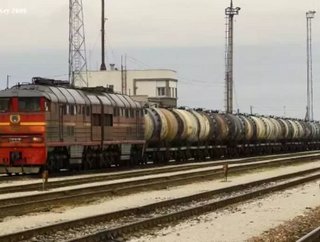 Russian oil carrier Transoil has increased its rail fleet by around 70 percent, following an acquisition of 10,000 rail cars from rival Freight One.

The deal, which took place for an undisclosed sum, extends Transoil’s lead as Russia’s biggest transporter of oil and refined products by rail, resulting in the company now accounting for over one fifth of oil shipments by rail.

In a statement published in the Moscow Times, Transoil said that the tank cars would be handed over within 60 days, once the prepayment is made. The tanks cars to be purchased from Freight One will increase Transoil's own fleet of rolling stock by 70 percent to 25,000.

Freight One claimed that most of its railcars had been rented out to several firms, including Transoil, previous to the acquisition. According to Freight One, the proceedings will be used to buy other types of rail cars and locomotives.

Oil shipments by rail are key to exports as a large percentage of refined products reach the ports by rail. According to Reuters, Transoil shipped over 28 million tonnes of oil and refined products in the first half of the year.