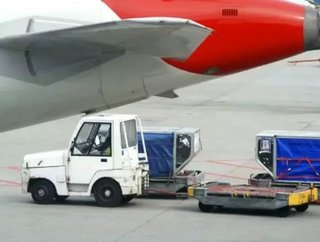 5.) CargoCity, Frankfurt Airport, Germany Handling over 2.1 million tons of freight a year, and with the potential to grow to nearly double that by 20...

Handling over 2.1 million tons of freight a year, and with the potential to grow to nearly double that by 2020, Frankfurt Airport is undeniably Europe's busiest cargo hub.  The largest factor in the airport’s volume is the steady growth of its CargoCity over recent years. CargoCity provides an impressive array of special facilities, including a perishable center which offers 20 different climate zones as well as the world’s most advanced animal-handling stations that features 42 large animals stalls and 12 individually climate-controllable chambers.

With a volume of 2.42 million tons of cargo and status as a major hub for cargo traffic in East Asia, it’s no surprise that Incheon International Airport is one of the top five busiest cargo-trafficking airports in the world.  The complex, which was initially designed to process 1.7 million tons of cargo a year, is now able to handle 2.7 million tons a year.  Located just south of Seoul, it is one of the main hubs for US-based carrier Polar Air Cargo and also serves Air China Cargo, British Airways World Cargo, Cargolux and China Airlines Cargo.

An airport cargo terminal this impressive required more than your average founders.  Shanghai Pudong International Airport Cargo Terminal Company was founded in 1999 by a joint venture headed by Shanghai Airport Group, Lufthansa Cargo and JHJ Logistics Management, and with a freight volume of nearly 2.6 million tons per year, their venture is truly a success. They invested a total of 479.02 m yuan (nearly $78 million USD) in a bid to establish Pudong International Airport as one of the major cargo hubs in China.  The cargo terminal takes up over 135,000m², including cargo terminal buildings, parking areas, delivery and pick-up zones as well as a dangerous goods warehouse.

Memphis International Airport has what is generally considered the largest cargo operation by volume of any airport worldwide—nearly 3.7 million tons per annum. This FedEx Express Super Hub handles approximately 3.3 million packages a day. Spread over an impressive five miles, the facility has parking slots for 175 aircraft and 300 miles of conveyor belts, and supports the largest air cargo fleet in the world.

Nothing, however, “lasts forever”, as confirmed by Memphis-Shelby County Airport Authority President Larry Cox in a recent interview, confirming that Memphis’ 18-year reign as the world's top cargo airport has ended.  The global recession has caused a global shift allowing the Hong Kong Airport to take its  place at the top of the list.

And our winner for the busiest and best cargo spots is the air cargo terminal at Hong Kong International Airport (HKIA) since 1996, with a freight volume of nearly 3.7 million tons.  So large is the volume that in 2008, the total cargo throughput at HKIA accounted for over 1/3 of the total value of the territory's external trade, amounting to HK $2,075 billion ($273 million USD).  HKIA has two air cargo terminals, including a 328,000m² SuperTerminal that is the world's second-largest stand-alone air-handling facility. While these numbers are impressive, they pale when compared to current estimates which place the volume HKIA to eventually reach a total capacity of nine million tons per annum.