Sohar Port and Freezone strengthening position as gateway to the Gulf 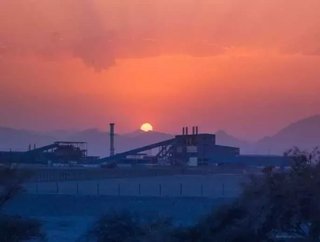 Sohar Port and Freezone has announced its intention to strengthen economic interests with global shipping powerhouses in the coming year.Speaking at the...

Sohar Port and Freezone has announced its intention to strengthen economic interests with global shipping powerhouses in the coming year.

Speaking at the SCM Logistics and Manufacturing World 2014 event, Asia’s largest supply chain event, Commercial Executive Edwin Lammers touched on plans to establish SOHAR as the gateway to a new trade corridor that will leverage on the port’s unique location to connect Asia, the Gulf, and the US, through Oman.

Lammers said: “Singapore handles the second largest container throughput in the world, so there is no shortage of volume. With Sohar growing at 1,000 percent since the first cargo arrived in 2007, our ability to offer a modern, competitive, and customer-orientated route through which to do business with the like of Singapore and the US is almost unrivalled in the Gulf.”.
Lower costs generated by container volumes that are projected to reach 1.5 million TEU, and Sohar’s ability to provide access to the Gulf from outside the Strait of Hormuz, were highlighted as advantages by Lammers. Oman’s free trade agreements with the US and Singapore were also viewed as crucial in pursuit of an increased share of $68 billion in US-Singapore trade.
“Not only are we within touching distance of 3.5 billion consumers, but Oman’s free trade agreements with the US mean we are in great shape to tap into this lucrative market,” Lammers added.

The Gulf is already Singapore’s seventh largest trade partner, and together with its reputation as a world-leader in handling global freight and logistics operations, Sohar’s attendance at the SCM event provided a glimpse into the global strategy that is powering Oman’s premiere industrial hub. It also came at a time when ties economic between Oman and Singapore are particularly strong.
Oman’s readiness to engage in bilateral trade has recently drawn praise from officials visiting the Sultanate. Singapore’s Senior Minister of State for Foreign Affairs and Home Affairs, and Minister for Foreign Affairs and Law have both expressed their confidence in Oman’s ability to develop a vibrant and fully diversified gateway between East and West – sentiments mirrored by Lammers.
“We are ready. It is that simple. Many of the world’s biggest shipping companies such as Maersk Line, UASC, CMA, and APL know it, and already operate from our world-class terminals,” he said.
Sohar, which is only 15 times smaller than Singapore, has attracted investments totalling $15 billion, while multi-million dollar deals have seen sustained growth in its petrochemical, automotive, logistics, and metal manufacturing clusters. An agriculture cluster is currently in the pipeline.