Russian investors lock horns over shares in Freight One 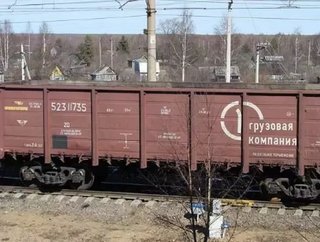 The Russian rail freight sector may soon be experiencing yet another change in ownership, following news of two offers on the table for the remaining 2...

The Russian rail freight sector may soon be experiencing yet another change in ownership, following news of two offers on the table for the remaining 25 percent stake in Freight One, which is due to be sold off by state carrier Russian Railways.

According to reports, Sistema will be battling against UCL Holdings, which already owns the remainder of stock in the Intermodal Group, for the remaining shares in Freight One.

This would be the first major investment in the freight industry by Sistema, which currently has interests in many fields including telecoms, banking, construction and oil trading. Controlled by Russian billionaire Vladimir Evtushenkov, Sistema trades on the London Stock Exchange as the largest Russian publicly listed investment group.

Despite this move by Sistema, a large portion of Freight One is currently owned by Vladimir Lisin, a Russian even wealthier than Evtushenkov. Lisin’s company, UCL Holdings, currently holds a 75 percent stake in Freight One, and expressed interest in the remaining shares, which will be sold for a minimum of 45 billion rubles ($1.45 billion), according to the Russian newspaper Kommersant.

Despite the imminent change in ownership, a deal was struck between Freight One, Russian Railways and Tatravagonka at the InnoTrans rail conference last week, which agrees on a joint investment in a tri-angle freight coach with an axle load of 25 tonnes, which is hoped will increase the efficiency of rolling stock and railway transport infrastructure.