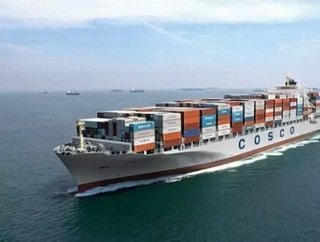 Follow @ supplychaind Beset by continued sluggish demand, a growing mountain of debt and a radically changing marketplace, listed companies in the glo...

Beset by continued sluggish demand, a growing mountain of debt and a radically changing marketplace, listed companies in the global container shipping industry as a whole face a greater risk of financial distress, including possible bankruptcy, than at any time since 2010, and that risk has grown in each of those past three years.

That’s according to a new study from AlixPartners, the global business-advisory firm.

Contributing mightily to this situation, says the study, is a so-so global economy that still hasn’t bounced back from the downturn following the worldwide financial crisis of 2008-09 the way other post-recession economies have in the past.

However, the study points as well to several structural issues also buffeting the industry, including a drive to build, fill and route “mega-ships” – a drive that over the past decade has steadily increased leverage across the industry and has left it with an average EBITDA interest-coverage rate of just 4.9, less than half the rate it was in 2011 (10.8) and less than a third of what it was in 2010 (15.0).

The study notes, too, that while global fleet capacity in the industry has risen steadily in the past decade, to 16.9 million TEU (twenty-foot equivalent unit) for the 12-month period ending September 2013, up from 16.3 million TEU in 2012 and from 10.9 TEU in 2007, that capacity is a long way from being totally utilised, leading in part to more alliances in the industry.

This, in turn, according to the study, is likely creating an environment of haves and have-nots where smaller carriers in particular may face some hard choices going forward.

On top of all that, the study asserts that other structural changes that will challenge companies this year include changing trade routes in some parts of the world, with cost increasingly trumping transit time, and a newfound pressure on the part of some of the stronger lines to squeeze, or even totally bypass, non-vessel-operating common carriers (NVOCCs), giving those lines more advantage over the have-nots of the industry.

“The container shipping industry as a whole continues to face stiff challenges, and for many companies in the industry those challenges could be existential if not addressed,” said Lisa Donahue, managing director and global head of Turnaround & Restructuring Services at AlixPartners. “These challenges also have, and will continue to have, a big effect on shippers and investors as well.”

For shippers, the study recommends closely monitoring the financial health of the carrier base, not “over-consolidating” the carrier base (so as to have alternatives should markets brighten), considering index-linked contract options and benchmarking rates and service levels via objective third-party resources.

For investors, the study recommends paying close attention to the widening chasm between the haves and have-nots, and working with experts to determine which companies have viability and which may not – while also keeping an eye out for attractive asset sales, as many lines may move to divest themselves of assets, especially non-core ones, moving forward.

“For all the challenges facing all the players in the container shipping industry today, there are also a lot of opportunities, including the promise of the much greater profitability that a streamlined, resilient industry might bring, as has been the case in many other industries,” said Donahue.

“But to make the most of those opportunities will take insightful analysis and then firm, decisive action. It’s been done in other industries, and it can be done in this one as well.”

The AlixPartners 2014 Container Shipping Outlook includes a review of the industry’s 15 publically-traded carriers as well as other analysis. Among the measures used in the study is the Altman Z-score, an indicator of financial distress.

AlixPartners is a leading global business-advisory firm of results-oriented professionals who specialize in creating value and restoring performance at every stage of the business lifecycle. We thrive on our ability to make a difference in high-impact situations and deliver sustainable, bottom-line results.

The firm’s expertise covers a wide range of businesses and industries whether they are healthy, challenged or distressed. Since 1981, we have taken a unique, small-team action-oriented approach to helping corporate boards and management, law firms, investment banks and investors respond to critical business issues. For more information, visit www.alixpartners.com.