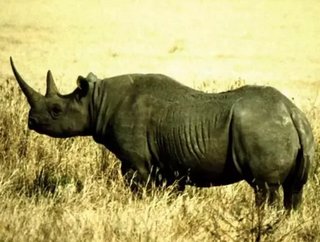 The National Prosecuting Authority of South Africa is bringing more than 160 people before the courts to face poaching charges - and not just the ones...

The National Prosecuting Authority of South Africa is bringing more than 160 people before the courts to face poaching charges - and not just the ones who pull the trigger.

"Whoever does the shooting, the horns can end up in the hands of the same Asian kingpins," said Joanie Spies, a prosecutor with the Rhino Project.

That's why the effort is attempting to draw convictions from wider-ranging sources participating in and benefiting from the rhinoceros trade. The husks fetch a high price on the Asian market because of perceived medical benefits, including use as a treatment for erectile dysfunction.

Populations of rhinos in the country have been depleted, and the depth of the problem convinced Spies and her colleagues that a broad approach was called for to protect the animals.

Arrests span the gamut from corrupt park rangers to helicopter pilots involved in the illegal trafficking. The convictions are meant to send a clear message that rhino poaching won't be tolerated.