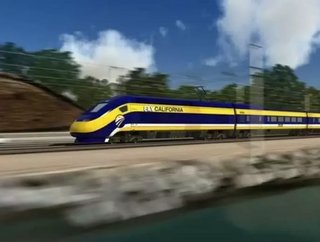 United States President Barack Obama has made it clear that one of his goals while in office is to start laying the foundation for a U.S. high-speed ra...

United States President Barack Obama has made it clear that one of his goals while in office is to start laying the foundation for a U.S. high-speed rail network.

Much of the debate has centered on California, where there is hope that a high-speed rail line can connect Los Angeles in Southern California and San Francisco in Northern California.

The proposal of a bullet train system has many supporters, as it would make West Coast travel a lot easier. Don’t count California journalist Colleen O’Connor among them, however.

O’Connor recently listed eight reasons why a high-speed rail network in California is doomed for failure. Included in her points is the lack of funds for the operation. Originally, the cost estimate of a West Coast bullet train line was at $45 billion, but that has already increased to $60 billion, and not a single track has been laid.

California state treasurer Bill Lockyer expressed his doubts that sufficient funding will ever materialize, O’Connor noted in a report by the California Watch. “I’m not sure the economics work out,” Lockyer was quoted as saying. A state budget crisis only adds to the doubt.

Even one of the smaller obstacles that the state would need to overcome in order to build the rail line is causing problems. Central Valley farmers are opposing the construction of the high-speed rail line, which would cut through much of the open space used in Central California for farming, according to the Examiner.

You can read O’Connor’s full opposition to the California high-speed rail plan here. The debate is far from over, but it doesn’t look like construction of the bullet train line will be happening any time soon.