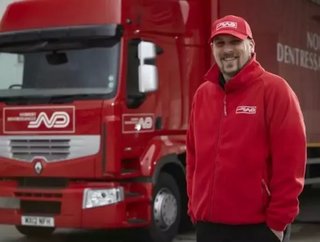 The American transportation company XPO Logistics Inc, one of the fastest growing providers of transportation logistics services in North America, has a...

The American transportation company XPO Logistics Inc, one of the fastest growing providers of transportation logistics services in North America, has acquired the market leading family firm of Norbert Dentressangle, based in Lyon, France. As a result the highly recognisable red livery on the company’s trucks, much collected in miniature by children, will disappear from European roads as the merged company is united under the XPO Logistics brand. The company’s founder, 61 year old Norbert Dentressangle (pictured) will sell his family's 67 percent stake for €217.50 ($239) per share, a 34 percent premium to the stock's close on Monday. XPO will launch a tender offer for the remaining shares at the same price. After the announcement XPO’s shares rose by twelve percent.

Norbert Dentressangle is considerably larger than XPO, which now expects grow from its current scale of 201 locations and approximately 10,000 employees to approximately 52,350 employees at 863 locations in 27 countries. XPO intends to make substantial investments in the growth of its acquired European operations, in part through the application of technology. It expects its combined annual spend on technology to be approximately $225 million following completion of the acquisition.

The transaction will create a top ten worldwide contract logistics company based on combined revenue and 129 million square feet of facility space, says XPO. Most of the facilities are leased and dedicated to high-value-added warehousing operations, including cold chain and reverse logistics. Norbert Dentressangle’s €2.6 billion contract logistics business has deep customer relationships as evidenced by a 97 percent customer renewal rate. Approximately 26 percent of contract logistics revenues are generated in the United States.

Norbert Dentressangle’s CEO Hervé Montjotin, who will serve as chief executive officer of XPO’s European business and president of the parent company, said: “By joining XPO, we will become part of an organisation that shares the ambition that has guided us since the creation of Norbert Dentressangle 36 years ago: to become a global partner able to effectively support our customers in the management of their supply chains.”

Bradley Jacobs, chairman and chief executive officer of XPO Logistics, said: “In Norbert Dentressangle, we are acquiring a company that has been meticulously built over the last four decades.”  This is a defining moment in the growth of XPO, he added. “Our planned acquisition of Norbert Dentressangle will catapult XPO to a top ten global logistics company. It will more than triple our EBITDA to $545 million and increase our revenue to about $8.5 billion upon completion of the tender offer, nearly achieving our 2017 financial targets two years ahead of plan. The acquisition of Norbert Dentressangle is a major leap forward, but we’re still in the early innings of our long-term growth plan.”