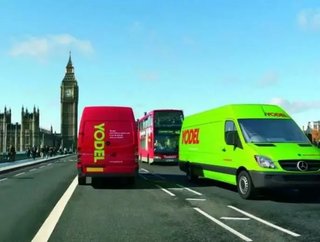 The announcement comes ahead of the Tour, which starts on 7 September in Liverpool and finishes in London on 14 September.

Commenting on the launch, Yodel’s Chief Commercial Officer, Nick Porter said: “Just like the Tour our service is all about teamwork, speed and efficiency and the event is a fantastic way to take our vibrant YodelDirect brand on the road.

“Each year the Tour attracts more roadside spectators and television viewers and this year looks set to be more exciting than ever.”

Manufactured by the Tour’s official clothing partners Dare2b, the highly distinctive green jersey, bearing YodelDirect branding will be presented each day to the rider leading the YodelDirect Sprints classification.

Riders will compete for points towards the jersey in 22 YodelDirect Sprints across the eight stages, the first and last in the iconic locations of the Strand in Liverpool and Whitehall in central London, respectively.

Points will be awarded on a 3-2-1 basis at each YodelDirect Sprint to the first three riders across the line, with accompanying time bonuses on the same basis.

The locations of the 22 YodelDirect sprint stages are as follows:

Action from the Friends Life Tour of Britain will be televised with three hours of live coverage per stage and a daily highlights show on ITV and British Eurosport, with full schedules to be announced shortly, plus details of global coverage.