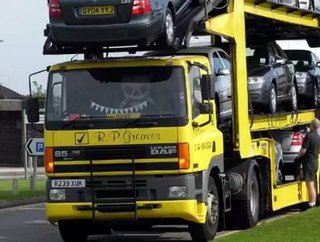 [email protected] New charges are being implemented to hauliers in the UK, which will be charged to use British roads in a new bid to level the pl...

New charges are being implemented to hauliers in the UK, which will be charged to use British roads in a new bid to level the playing field for domestic lorries.

It is hoped that the new government initiative, which will be published as a draft initiative next month, will make the system fairer for British lorry drivers, who have to pay to use roads in Europe.

It is expected that the charge would depend on the size of the vehicle, with British vehicles also being included in the levy, although their fees will be offset by an equivalent cut in vehicle excise duty. Fees are expected to be up to £1000 per annum, which the Road Haulage Association (RHA) has claimed is still not enough to level the playing field completely. In an online statement, the Association’s Chief Executive Geoff Dunning said:

“This is a happy day for road hauliers. We have been campaigning for years to see a system introduced which will lessen the financial advantage currently enjoyed by our European neighbours. UK hauliers travelling to mainland Europe have to pay road charges but foreign registered vehicles travelling to the UK pay nothing.”

It is hoped that the new legislation, which is expected to raise a total of £20m a year, will be brought in by the end of the current parliament at the latest (around 2015).