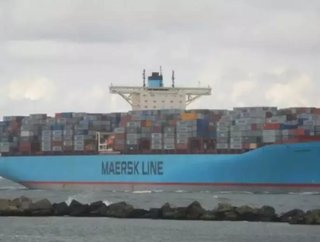 Maersks subsidiary company APM Terminals, one of the worlds biggest container terminal operators, and has taken a 37.5 percent stake in Global Ports, p...

Maersk’s subsidiary company APM Terminals, one of the world’s biggest container terminal operators, and has taken a 37.5 percent stake in Global Ports, part of N-Trans, a Russian private transport group.

Although currently subject to approval, the deal will see APM Terminals take half of the 75 percent stake in Global Ports, currently held by N-Trans, making them equal controlling partner of the company. Maersk are paying $840m in cash for their stake, and will also assume $20m of debt from N-Trans.

Global ports currently accounts for a 30 percent share of the Russian container market, making it the country’s biggest operator. Largely focused on the Baltic, it operates two container terminals from St Petersburg, the country’s biggest container port by throughput. Global Ports also has operations at Kotka and Helsinki in Finland and Muuga in Estonia.

In an online statement, APM Terminals said they hoped the investment would ‘create further opportunities’.

‘The Russian market showed impressive growth rates in the past with an average growth over 15 percent a year in the past five years. The rapidly developing middle class, Russia’s integration with the global economy as evidenced by the recent WTO membership and the country’s wealth of natural resources will continue to fuel the growth in exports and imports in the long run,’ the statement continued

“This investment underpins our long term business development strategy of increasing presence in high-growth markets. The scale of entry in a market like Russia will further strengthen our diversified global portfolio. The partnership will also serve as our platform for future business development activities in this attractive part of the world,” added Francois-Xavier Delenclos, APM Terminals’ Vice President of Strategy and Business Development.