IEA warn of the dangers of losing US trade route 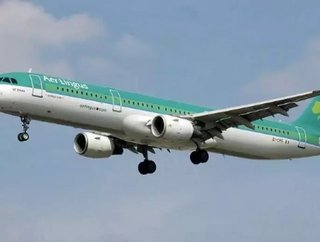 Follow @WDMEllaCopeland The Irish Exporters Association has advised the Irish Government in its decision to dispose of its shareholder stake in the Aer...

The Irish Exporters Association has advised the Irish Government in its decision to dispose of its shareholder stake in the Aer Lingus air cargo facility, claiming that the US trade routes operated by the airline are of strategic importance.

The trade route to the USA, which carries approximately 52% of the value of Irish exports and 43% of all imports from the USA, would potentially lose Ireland €18 billion in pharmaceutical and medical technology that is exported by airfreight to the USA and €4.5 billion of high tech imports required for a wide range of manufacturing companies in Ireland.

John Whelan, chief executive of the IEA stated at the meeting with Minister Varadkar:

“The daily airfreight connection  to the US has been at the heart of Irish export growth  for several decades. Let us not forget this is our largest export market as well as our main source of Foreign direct investment. The daily airfreight link is a strategic trade corridor for Ireland and must be treated as such.”

The IEA strongly recommended that the Government does not dispose of its remaining shareholding in Aer Lingus, claiming this would immediately put Aer Lingus into play as a takeover target, without any influence by the Government in ensuring the critical air cargo service link to the US in particular, is retained.

Mr Whelan concluded by advising the Minister that of all the State assets being reviewed for potential sale under the IMF agreement, the daily airfreight connection being provided by Aer Lingus to the US is the most critical to Irelands future export and economic growth, saying ;

"Sitting on our hands and hoping that the British Competition Authority , or the EU , will block a sale of the Government stake to Ryanair is not the way for a sensible government to proceed , when one of it’s key strategic assets is at stake".

The IEA advised that they have commissioned a study on Airfreight, which should inform the DTTAS on the gaps, challenges and way forward on an All Island basis in terms of airfreight policy.