How Demand-Driven Forecasting paid off for Nestle 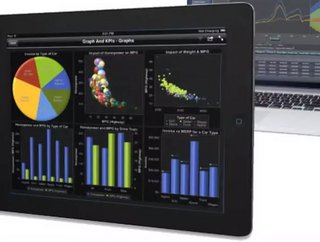 Innovator and expert in sales forecasting Charles Chase (pictured, right) has helped Nestlé improve its forecast accuracy and make multi-million dollar reductions in their inventory by removing human judgement and enabling the predicting of future demand through ‘demand shaping’.

Chase is Chief Industry Consultant for business analytics software leader SAS, which recently worked with Nestlé and drinks maker Miller Coors, among others, helping bring their forecasting and analytics up to speed. He is a pioneer and advocate of revolutionary Demand-Driven Forecasting solutions.

Companies are more global today than ever before; lead times have been extended with the effective practise of lean management made difficult by the volatility of demand. The use of safety stock or inventory to protect against variability is no longer so viable and, as Chase asserts, companies now need to understand and measure that variability in demand and be able to predict it more accurately with an enterprise-wide solution, which can look at millions of forecasts up and down a ‘product hierarchy’.

The technology that Chase pioneered senses demand signals rather than trend and seasonality, automatically telling a business what demand signals are actually influencing consumers’ purchasing of products up and down a hierarchy.

It will automatically measure the effect of advertising and price, allowing for ‘demand shaping’ up and down the hierarchy and the running of ‘what if?’ scenarios.

Chase said: “Companies can ask: ‘what if I raise price in July by three percent? What if I add another sales promotion in August and I increased advertising for the rest of the year by 10 percent, how will that impact future demand?’

“So now you are being proactive versus reactive, you are not reacting to the forecast but proactively driving the forecast and can do demand sensing and demand shaping for thousands of products automatically.

“The whole idea is you want to combine data analytics and domain knowledge on an exception basis and you want to practice lean forecasting and forecast value-added, these other technologies can only sense demand signals for trend in seasonality.”

Demand-Driven Forecasting, it is claimed, has the capability to do forecasts for the short-term and long-term, even going two-five-10 years out.

The Nestlé team wanted the ability to sense demand signals associated with sales promotions, price, advertising, in-store merchandising and economic factors to better understand what things influence consumers to buy their products. Once they were able to measure that mathematically, they wanted to be able to use that information to run ‘what-if’ scenarios to shape future demand.

Chase added: “Using our technology today, when Nestlé’s sales and marketing people get together and want to run a sales promotion, say a buy-one-get-one-free that they ran in the past, our system then calculates the unit lift that was associated with that particular promotion in the past and tells them whether it was significant in driving incremental demand, or unit demand. Once it does that it then goes out to the financial system and determines whether or not it actually made any money.

“A lot of these sales promotions are designed for trial, not to make revenue, but companies are not getting as much trial as they think. Rather, they are actually subsidising brand-loyal customers who buy from promotion to promotion, so we want those promotions to not only drive incremental demand, but also revenue and profit.

“So if it does also drive revenue and profit they say: ‘we want to use that promotion, we want to run that promotion again, in weeks 36, 37 and 38’, and that’s how they shape future demand.”

Four and a half years ago, said Chase, 80 percent of all Nestlé’s forecasts were touched by human judgement every cycle with only 20 percent being driven by mathematics, data and what he calls ‘domain knowledge’.

“‘Judgement’”, said Chase, “means I can just arbitrarily change the number to meet my needs, ‘domain knowledge’ means I am able to run this promotion, discover what the impact of that promotion is and then if that impact is significant then I want to use it to influence future demand, or shape future demand.”

This is another feature of this Demand-Driven Forecasting approach, human interference is minimised and the technology “does the heavy lifting”.

Chase said: “Around 85 percent of companies still use Microsoft Excel to do traditional forecasting, which is to create a statistical base line forecast based on trend and seasonality only, and then hand it off to domain experts in the organisation to add their judgement. What we found is that when companies add their judgement they add personal bias and they actually make the forecast less accurate.

“I believe in forecast by exception, let the technology do the heavy lifting and only touch those products that the system wasn’t able to forecast automatically. I also believe in forecast value added, also known as lean forecasting and what we mean by that is we want to measure every touch point in the process, before and after someone touches the statistical drive forecast with human judgement to see if they are adding value, if they are not adding value we want to either eliminate that touch point or minimise it.

“Today, 80 percent of the Nestlé’s forecasts are driven right out of the solution with no  human judgement at all, and only 20 percent require any kind of human judgement, the first year they implemented it was three years ago, they found that every one percent improvement in forecast accuracy translated into a two percent reduction in inventory safety stock. They were eventually able to take out anywhere between 14- 20 percent of their inventory safety stock, reduce it and still meet consumer demand with this improved forecasting capability. If you have US $100 million in inventory that’s a US $20 million reduction.”