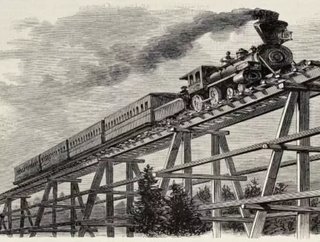 Union Pacific celebrates its 150th birthday this week, honoring decades of delivering superior service and transporting goods to American businesses and families.  Established on July 1, 1862, with the signing of the Pacific Railway Act by President Abraham Lincoln, Union Pacific is the largest and most successful railroad network in the United States.

Union Pacific has supplied the country with logistics, global supply chain and freight solutions, helping businesses thrive for over a century.  Through the past 150 years, the iconic company has remained a backbone for the economy by investing in the nation’s infrastructure.

According to the company’s website, "Union Pacific delivers the goods American businesses and families use daily - everything from cars and clothes to sugar and lumber - and we help U.S. industries and companies compete in the global market by providing safe, reliable and environmentally responsible freight transportation," said Jack Koraleski, president and CEO. "We expanded President Lincoln's vision from using the railroad to link the east and the west to using the railroad to connect the U.S. to the world. Nearly 40 percent of our business is international in either origin or destination and we are the only North American railroad with access to all six major Mexico rail gateways."

Some of Union Pacific's ongoing transportation infrastructure projects include: