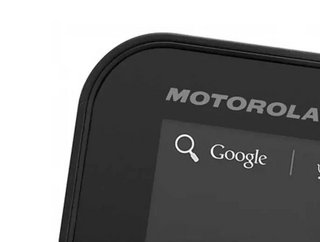 Googles quest to catch up to its technology competitors continued with the company announcing that it will acquire Motorolas handset business Motorola...

Google’s quest to catch up to its technology competitors continued with the company announcing that it will acquire Motorola’s handset business Motorola Mobility for $12.5 billion.

The move was designed to help Google keep up with Microsoft’s Windows Phone and Apple’s iOS. The cash involved wasn’t much of a factor for Google, who reportedly has approximately $39 billion in cash.

While the mobile market has been a pretty lucrative one for the past decade, Google’s continued foray into the mobile field (they already have the Android system, remember) is a move to continue building up its patent portfolio.

Motorola had been a pioneer of sorts in the mobile phone market, dating back to 1973. The company’s cell phone division had been spun off into a separate company earlier this year, and was struggling against Samsung, HTC, and other newer mobile phone manufacturers.

While its financial numbers slightly exceeded expectations in the second quarter, some of Motorola Mobility’s trend lines were worrying. According to Forbes, Motorola Mobility’s Smartphone shipments in North America, its home and largest market, had slipped from last year.

The average selling price for Motorola Mobility’s phones dropped from $229 to $221.

So Google dipped into its deep pockets and bailed out a struggling company, earning a myriad of coveted mobile patents in returns. Sounds like the epitome of a win-win deal.