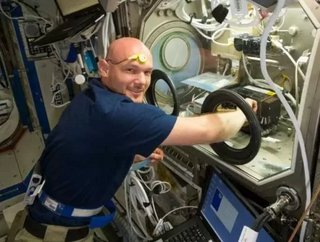 A Russian Progress cargo ship loaded with 2.8 tons of supplies and equipment blasted off from the Baikonur Cosmodrome in Kazakhstan and climbed into orb...

A Russian Progress cargo ship loaded with 2.8 tons of supplies and equipment blasted off from the Baikonur Cosmodrome in Kazakhstan and climbed into orbit Wednesday, the first step in a six-hour rendezvous with the International Space Station.

The cargo ship's Soyuz booster ignited with a rush of flame and quickly climbed away into the plane of the space station's orbit.

Eight minutes and 45 seconds later, the Progress M-24M spacecraft, the 56th Russian cargo ship launched to the station since assembly began in 1998, separated from the booster's upper stage. A few moments after that, navigation antennas and two solar panels unfolded as planned.

An unmanned Russian spacecraft filled with supplies for the six crewmembers living on the International Space Station launched on an express delivery run to the orbiting outpost.

Historically, Progress ships have taken about two days to arrive at the station. Since 2012, however, the Russian crafts have been flying accelerated, six-hour journeys to the science laboratory. Astronauts and cosmonauts have also recently started flying these quick, four-orbit flights aboard the manned Soyuz capsules that deliver new crewmembers to the station.

A different Progress craft, dubbed Progress 55, left the space station on Monday 21 July to make room for the new cargo ship. Progress 55 is now flying a safe distance away from the orbiting outpost, where it will perform a series of engineering tests before it intentionally burns up over the Pacific Ocean on July 31, according to NASA.

Progress ships are similar to the crew-carrying Soyuz capsules. They both consist of three modules, but instead of the Soyuz craft's crew compartment, Progress ships are equipped with a fuel module for space station manoeuvres.