Hector Rail to better connect Sweden to rest of Europe 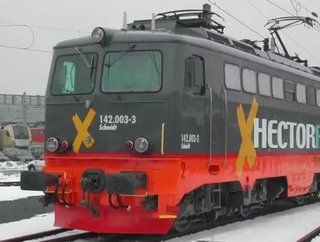 Hector Rail and Samskip Van Dieren Multimodal have agreed to extend the business relationship underpinning direct rail services between Sweden and the rest of the European continent.

As of 1 January six round trips per week between Gothenburg in Sweden and Duisburg in the Ruhr area of west Germany will be added to the existing operation of 11 round trips per week connecting Duisburg and the Swedish cities of Nässjö and Katrineholm. Both the existing and the new operations are based on the same concept, with through going locomotives connecting Germany and Sweden via the fixed link through Denmark.

Starting from January 2008, the co-operation between the companies introduced the first direct train services ever to connect Scandinavia and the continent. The new and improved direct rail service could potentially mean good news for companies looking to move rail freight between Scandanavia and wider Europe.

Samskip Van Dieren Multimodal, a wholly owned subsidiary of Samskip Multimodal BV, has developed a highly successful concept for door-to-door solutions based on intermodal loading equipment and its own complete trains. The trains can carry all kinds of containers and trailers including so called Mega-trailers.

Like all contemporary electric locomotives, those used by Hector Rail feature electric brakes which generate power that can be recovered for use by the railway network. The concept is believed to make the locomotive the most environmentally friendly land-based transport solution in the industry.