CIPS: Brexit and COVID-19 cause chaos at EU-UK customs 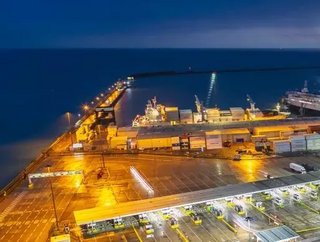 Situation likely to worsen as half of businesses report delays in goods following Britains departure from the bloc...

More than half of businesses importing and exporting goods between the EU and UK have faced delays since 1 January, when Britain officially left the bloc, a situation which is likely to get worse before it improves, according to the Chartered Institute of Procurement and Supply (CIPS).

Research conducted by CIPS found 60% of companies transporting goods into the UK from the EU had faced delays in the past three weeks, and more than third (37%) of the 185 UK and EU supply chain managers questioned had experienced impediments of several days. Importers on the other side of the channel are faring better; goods entering the EU from the UK were less likely to be hampered, though 45% reported facing delays this month.

Stringent new paperwork introduced at customs as a result of Brexit is the biggest sticking point, according to 27% of respondents, though many believe the additional layer of red tape is simply compounding ongoing hold-ups caused by COVID-19 safety measures and procedures - a necessary but time-consuming hurdle.

Many supply chain managers had foreseen the delays ahead of the Brexit deadline and implemented measures to combat the initial wave. Regardless, the current situation could spell disaster for consumers.

Many respondents to the CIPS survey are concerned that, should the situation continue unchanged, the delays will begin to have a significant impact on their ability to meet demand. Almost a quarter (23%) forecast they will begin to run low on stock in the next few weeks - and the outlook is not bright. CIPS says as the backlog increases, so too will the intensity of delays.

“Delays will get worse before they get better”

“Worryingly, it is likely the delays at the border will get worse before they get better,” warns Dr John Glen, CIPS Economist. “Traffic through the border since January 1st has been low compared to historical levels, but with December stockpiles depleting it won’t be long before trade traffic increases and more pressure is placed on these new border processes.”

Glen says the delays may have far-reaching consequences for manufacturing industries, who will be forced to halt or slow production as the supply chain deals with the backlog.

“As the transportation of goods grows so will the queues, and businesses may be forced to limit or halt production to cope with any potential stock shortages