Britain could become cashless by 2020 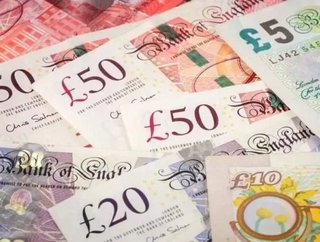 Follow @SamJermy and @SupplyChainD on Twitter. A recent survey conducted by Ipsos Mori for Lloyds Bank shows that a quarter of Brits think that in ju...

A recent survey conducted by Ipsos Mori for Lloyds Bank shows that a quarter of Brits think that in just five years’ time they will no longer need cash. This comes from early adopters who are using contactless right now for everyday purchases, a stark contrast from just 18 months ago when they would have been paying for with cash.

This comes off the back of the big news released in May, that cashless payment from debit/credit cards and smart devices surpassed the use of physical notes and coins for transactions. According to The Payments Council the use of cash by consumers, businesses and financial organisations fell to 48 percent of payments last year.

The remaining 52 percent was made up of electronic transactions, ranging from high-value transfers to debit card payments, as well as cheques. Cash volumes are expected to fall by 30 percent over the next 10 years too, so are we really going to see the £5, £10, £20 and £50 notes and all the coins disappear eventually?

Simon Black, CEO, PPRO Group, said: “These same people own a smartwatch or at the very least are considering buying one, and very soon will start paying for goods via Apple Pay, Android Pay or Samsung Pay. We are seeing more retailers and institutions, like Transport for London, preparing to accept these new payment methods by installing the necessary technology as well as in some cases, actively urging consumers to move away from cash and start using contactless.

“Consumers tend to adopt new products, technology or services quickly if they’re simple, intuitive and compelling, without needing extensive education, and Apple Pay is the likely catalyst towards a cashless society. More and more frequently, value is being placed on speed and convenience, which is one of the biggest benefits of mobile payments. It is this convenience culture that is a major driving force behind the cashless revolution. From using contactless cards to pay for a train journey, to a one-click shop on Amazon, quick and easy is winning the war.”

Mobile payments will become just one of many options taken for granted in the future, and while it’s still in its infancy, the explosive growth of contactless payments in the past 18 months means that in just a few short years from now, payments via smart devices are likely to be just as commonplace as paying by cash, debit or credit card today. Research from Gartner predicts that mobile payment adoption rates will catch on quickly, estimating an annual volume and value increase that will average a 35 per cent growth rate, until 2017.

Black concluded: “There’s no doubt that the world of payments is constantly transforming, meaning we’ll have less cash in our pockets over the coming years until it will most likely become an obsolete form of payment in most places.”

So what do you think; are you a notes and coins person or do you prefer digital/contactless payments? Get in touch on Twitter and comment below with your thoughts.