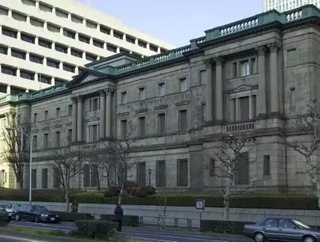 The Japanese supply chain continues to show signs of recovery from Marchs crippling earthquake and tsunami. In a report in The New York Times, the Bank...

The Japanese supply chain continues to show signs of recovery from March’s crippling earthquake and tsunami.

In a report in The New York Times, the Bank of Japan kept its monetary policy on hold and gave a brighter assessment of the economy today, buoyed by an increase in factory output.

“Japan’s economy is picking up as supply constraints from the earthquake ease,” the central bank said in a statement.

Manufacturing output from Japan’s factories increased by nearly 60 percent in May, with moderate economic recovery expecting to take hold in the fall.

The Bank of Japan also kept its benchmark interest rate between zero and 0.1 percent to help stimulate the economy, but did not loosen monetary policy any further.

In the past weeks, we’ve reported that the stricken nation’s supply chain has seen some improvement, and that the global technology supply chain, of which Japan has a major influence, expects to be fully recovered in September.

Despite an economy that has likely been contracted for three straight quarters through June, Japan’s economy is expected to grow by 1.0 percent in the third quarter, according to a Reuters poll, as Japanese companies continue to make strides toward recovery.

Despite the news of a hastened recovery, the Bank of Japan cut its economic forecast to 0.4 percent, down from 0.6 percent three months ago. Despite that, Japan still forecasts economic growth of 2.9 percent for next year.