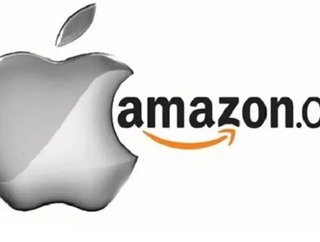 Follow @Ella_Copeland A global poll of more than 1,000 supply chain executives has revealed that Amazons supply chain is &lsquo;more admired than Calif...

A global poll of more than 1,000 supply chain executives has revealed that Amazon’s supply chain is ‘more admired’ than Californian rival Apple on almost all major supply chain attributes.

The research, conducted by SCM World, asked 1,136 executives to rate the two companies on four supply chain attributes; agility, collaboration, execution and innovation. Amazon came out top on three of the four attributes, with Apple leading on innovation alone.

Over half of respondents (58 percent) said they admired Amazon most overall for the way it operates its Supply Chain, compared with 37 percent who picked Apple. Five percent of respondents said neither.

These survey results are a reversal of the findings by Gartner Supply Chain’s Top 25 for 2012, which ranked votes of 173 practitioners and considered companies’ financial performance to place Apple first and Amazon second.

Kevin O'Marah, Head of Faculty at SCM World and co-author of a new report, Apple and Amazon: Lessons for the Rest of Us, said: "The purpose of our research was to establish which of these two leading companies is most admired by the global supply chain community for the way it manages its supply chain, and to understand what lessons they have to teach other companies.

"The results show clearly that the majority of supply chain professionals believe that Amazon - and not Apple - is the master of supply chain excellence," added O'Marah, a former Group Vice President for Supply Chain at Gartner and co-creator, in 2004, of the (then AMR Research) Supply Chain Top 25 annual ranking.

Amazon and Apple are currently locked in a high-profile battle in the fast-growing market for tablet devices and the digital content consumed on them. The companies' rival products, the Kindle Fire and iPad, are expected to be among the hottest purchases this Christmas.

On agility (defined as the ability to quickly and cost-effectively shift amounts and/or types of production and delivery to improve operational performance in volatile conditions), 62% of practitioners in SCM World's poll voted for Amazon, compared with 33%who picked Apple.

On collaboration (the ability to work across organisational boundaries to solve systemic operational problems and create new value for both customers and partners), 59% chose Amazon, versus 31% for Apple.

And on execution (the consistent and reliable delivery against commitments and within budgeted expenses), practitioners backed Amazon by 57% to 38%.

However, Apple won hands down on the fourth key characteristic of supply chain excellence - innovation - taking a massive 78% of the vote, compared with just 19% for Amazon.