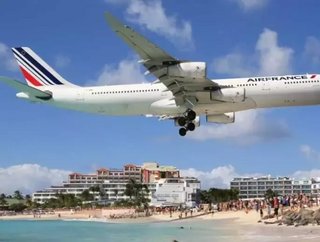 A sustained poor demand for cargo is being blamed as the main reason for Air Frances shares dipping by 5% last week, after it also announced a profit wa...

A sustained poor demand for cargo is being blamed as the main reason for Air France’s shares dipping by 5% last week, after it also announced a profit warning for the remainder of 2014.

The warning came just weeks after a profit warning by rival Lufthansa.

"While not representing a turning point in market trends, the June traffic figures published today as well as bookings for July and August nevertheless reflect the over-capacity on certain long-haul routes, notably North America and Asia, with the attendant impact on yields," the company said.

"This comes on top of the persistently weak cargo demand and the challenging situation in Venezuela identified in the first quarter."

Europe's second biggest airline after Lufthansa, said due to these factors, it is revising its full-year earnings before insurance, tax, depreciation and amortization target from $3.4 billion to around $3 billion. There was also a 9.4 percent reduction in full freighter capacity.

Cargo traffic fell for Air France-KLM in every region, with Asia-Pacific at the highest (5.4 percent) and Caribbean/India Ocean at the lowest (1.7 percent). Americas decreased by 3.4 percent, and Africa/Middle East by 4.3 percent.