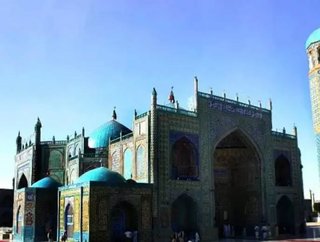 The first train made its journey down Afghanistans first major rail line yesterday, a major advancement for a nation that has been stuck in the Stone A...

The first train made its journey down Afghanistan’s first major rail line yesterday, a major advancement for a nation that has been stuck in the Stone Age when it comes to logistics.

Officials are expecting the $165 million project to greatly increase trade from Afghanistan’s northern border, which before had meant freight forwarding through the country’s rocky northern terrain.

The freight rail network runs between the border town of Hairatan to the northern city of Mazar-i-Sharif, which officials are saying will create a cargo hub that can ship goods throughout the rest of Afghanistan.

“Hairatan is where the bulk of commercial cargo is coming into the country, so it is very important,” Juan Miranda, Head of the Central and West Asia Department of the Asian Development Bank (ADB) told IFW.

THE JANUARY ISSUE OF SUPPLY CHAIN DIGITAL HAS LAUNCHED!

The advancement of logistics from trucks to trains could help Hairatan handle 10 times as much cargo, according to Miranda, who said the 4,000 tons the city handles now could grow to 25-40,000 if the advancements in logistics operations streamline the process.

ADB funded the freight rail operation, which is an ambitious plan to link the land-locked nation to its Middle Eastern neighbors’ extensive rail networks. ADB is hoping Afghanistan’s completed freight rail line will open up new trade prospects throughout Europe and Asia.