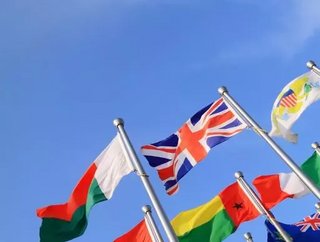 The United Nations’ integrated supply chain has offered assistance to India in managing the surge of COVID-19 in the country...

The United Nations has offered the support of its integrated supply chain to India to help it manage the surge in COVID-19 across the country.

The UN has remained in contact with government officials in India to ensure the situation is closely monitored, the organisation said.

Speaking of the relationship with the Indian government, Farhan Haq, Deputy Spokesman for the UN Chief, said: “We’ve been in touch at various levels.

“I know that our Chef de Cabinet was recently in touch with the Permanent Representative of India here, and other officials in the system have also been in touch with officials both here in New York and on the ground,” Haq said.

Haq also stated that the UN would provide the support of the supply chain “if it was needed” but that it is not needed at the moment due to India’s “reasonably robust system” to deal with the virus.

However, Haq made it clear that the UN’s offer “still stands” and that “we are willing to help in whatever way we can,” he said.

According to the Deputy Spokesman, the United Nations is also ensuring its staff are well cared for, whether they are national or international.

This is so that “they don’t place a burden on India’s healthcare system,” Haq said.

He also is thankful that the number of cases is under control for the time being.

He said: “Luckily, we’ve maintained a very low level of cases. So, we have, I think, been succeeding at trying to do that and making sure that we’re not pressuring a healthcare system that already is facing extreme challenges.”

Currently, no shipments of essential materials from the UN are expected to be sent to India, however, Haq said that the UN “does have people who deal with logistics who are willing to help if needed.”

During a press conference held yesterday, Haq reassured people that the UN is fully prepared to help India deal with the crisis, saying: UN entities have been training health workers, including 10,000 nurses through UN Women initiatives.

“The team has also partnered with employers’ and workers’ organisations to promote jobs and entrepreneurship opportunities,” he said.

The collaboration has reportedly benefited over 140,000 employees.

In addition, the UN Industrial Development Organisation also created an online platform to help companies through the crisis, which specifically aimed at smaller organisations.

Meanwhile, the International Labour Organisation has provided access to social security measures for over 100,000 self-employed workers.

However, Haq pointed out that the crisis will only come to an end if it is defeated globally.

He said: “At this stage, one of the lessons that must be clear is that until the COVID-19 pandemic is essentially confronted and defeated in every country, it won’t be solved for any country.

“Although there are different places that are thankfully making progress with measures, including vaccinations or local quarantines or other different precautions, we have to remain vigilant,” he said.

Haq added: “Nations have to cooperate with each other to make sure that COVID-19 can be defeated in every nation because you can always get areas, different countries or different variant strains, that can, again, cause a huge problem, not just for one nation but for regions and, ultimately, for the world.”

The President of the UN General Assembly, Volkan Bozkir, echoes Haq’s concerns about the pandemic, saying in a tweet: “It’s time for the world to extend aid and support to India.

Mr Bozkir concluded by saying his thoughts are with the people of India at this time.