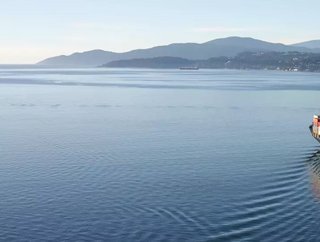 The Meishan terminal at China’s second-busiest port has officially reopened, following a two-week shutdown that added a damaging level of strain to already struggling Asian shipping routes. The reopening of the Ningbo-Zhoushan terminal should, in theory, ease the manufacturing hub of the world’s under-pressure supply chain after a period of cleaning in response to a worker being found to be infected with the now not-so-’novel’ Coronavirus.

This reopening comes at the perfect time, with Chinese exports hitting new record highs due to the rising global demand for goods and services that the People’s Republic has spent decades monopolising. A peaking success that, for all intents and purposes, has started to cripple the globally interconnected supply chains, courtesy of overwhelming dependence on China and its manufacturing dominance.

The most recent closure of the Meishan terminal, which was implemented on the 11th of August, isn’t the first of the year. It’s the second time that a segment of a Chinese port has been closed off in 2021, due to Covid outbreaks, following a month-long shutdown of Yantian port at the back-end of May.

In theory, a short period of closure shouldn’t be too damaging, but at a time when demand for vessels and containers is reaching an all-time high, and companies are ramping up exports to Europe and the United States for the year-end holiday shopping season, even a limited shutdown in one part of a port has a catastrophic impact for both shippers and consumers.

Now, I know you might be thinking, ‘But the Meishan terminal was only closed for a few weeks, can it really be quite so cataclysmic?’. The answer is, ‘Yes. Yes, it can.’

Due to the closure, several Chinese ports faced congestion as vessels that were due to call at Ningbo found themselves diverted, and cargo processing was automatically slowed down due to China’s strict disinfection measures courtesy of the ‘zero-tolerance' Coronavirus policy that has been rolled out.

On Tuesday, Reuters reported that more than 50 container vessels were queuing at Ningbo port, which is China’s second-busiest port, which was up from 28 on the 10th of August, a day prior to the Meishan terminal’s closure. The delays have led shipping lines, including CMA CGM (fourteen vessels), Maersk (five vessels), and Hapag-Lloyd (four vessels), to skip Ningbo entirely, while dozens of vessels are adjusting their schedules, according to leading international shipping groups.

It’s pretty drastic. And due to demand, delays, and general Covid-related issues at ports and shipping companies, it’s now estimated to cost a whopping─almost─US$11,000 to ship a container of goods from Shanghai to Los Angeles, which is a new record and approximately 220% higher than a year ago.

Needless to say, it’s going to take a while to recover from the disruption caused by the latest, and hopefully last, closure of a Chinese port.