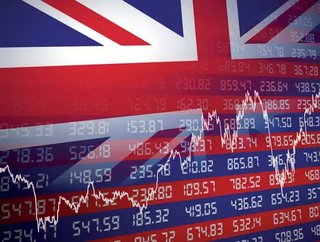 CEOs increasingly look to their supply chain organisations to work miracles in pursuit of customer service excellence. But sometimes they also make publ...

CEOs increasingly look to their supply chain organisations to work miracles in pursuit of customer service excellence. But sometimes they also make public commitments that prove to be ill advised and unsustainable.

A case in point is the UK food and clothing retailer Marks & Spencer. Back in November, its CEO, Steve Rowe, promised to shield shoppers from any price rises caused by the fall in sterling since the Brexit referendum in June 2016.

But on New Year’s Day, The Sunday Times reported that M&S had been forced to back down and agree to pay some of its grocery suppliers up to 15% more for food and drink items.

According to the newspaper, smaller own-label suppliers were angered by the company’s refusal to negotiate with them on price increases – triggered by a 17% fall in the pound’s value against the dollar and an 11% fall against the euro since the Brexit vote – and had threatened to stop deliveries.

This was the second public spat over pricing between a major British retailer and its suppliers in recent months. In October, Tesco and Unilever locked horns dramatically, if briefly, over the latter’s demand for a 10% price increase on its products, which include Marmite and Wall’s ice cream.

It certainly won’t be the last. Indeed, 2017 is shaping up to be a year in which British companies and their customers are forced to share the pain of higher costs.

The sterling’s depreciation has helped exporters and spurred a surprisingly robust performance by the British economy in the second half of last year. But it has also pushed up the price of imported raw materials.

The latest Markit/CIPS UK Manufacturing PMI, which surveys purchasing executives in more than 600 industrial firms, showed the eighth consecutive month of rising input prices, with the rate of inflation among the highest in its 25-year history. The official UK Producer Price Index tells a similar story. In the year to November 2016, input costs rose by 12.9% overall. Petroleum products, chemicals, metals, textiles and food ingredients were among the biggest risers.

Prices charged by UK-based manufacturers increased by a more modest 2.3% – the highest rate in the industrialised world after Belgium and Sweden – but like raw material costs these have continued their upward trajectory.

Picking up the tab

Some retailers and manufacturers have been able to mitigate the effect of sterling’s fall through currency hedging. But the financial markets can only take so much of the strain for so long.

Asking consumers to pay more is another option. In October, Apple raised its UK prices for iPads and Mac computers by 5-25%. Tesla is also due to increase its UK car prices by 5%. But many firms simply don’t enjoy this degree of pricing power.

Big retailers like M&S and Tesco are especially reluctant to raise prices. We’ve got used to, and been conditioned to believe, that they move in only one direction. Down.

That leaves companies to battle it out with their suppliers as to who shoulders the increased costs and how much their respective profit margins are squeezed. This can be an ugly (if usually unseen) spectacle.

A major problem for most firms when faced with a supplier insisting on a price increase is that they lack visibility of its cost structure, and hence aren’t in a position to assess whether the demand is reasonable or opportunistic.

In my conversations with SCM World community members, I’ve noted a growing interest in should-cost modelling techniques in the past year. These have been used in sectors like automotive for some time, but are now being more widely adopted.

When building a cost model, it’s possible to go so far using publicly available information, internal analysis and best estimates. However, to do the job properly you really need the supplier to share detailed data on material costs, labour rates, overheads and other cost components.

And that level of transparency requires trust.

A good example of this can be seen at tier-1 auto supplier Nexteer, which uses should-cost modelling as part of its strategic supplier relationship management initiative.

Unlike some players in its industry, Nexteer doesn’t seek to dictate the profit suppliers can make, but focuses instead on how key cost drivers can be influenced, including through joint development activities.

When CEOs at companies with this philosophy of doing business with suppliers and these tools in their toolbox promise to shield customers from unwanted price rises, they at least have something more substantive to offer than the mere hope that their supply base will take the hit.

UK retailers and others facing Brexit’s political and economic fallout should take note.