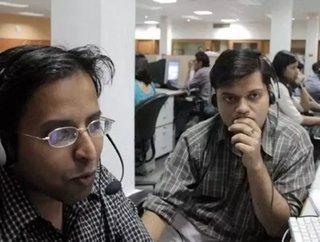 Over the last decade, the only three certain things were death, taxes and a growing global outsourcing market. Maybe we should hold off on that last on...

Over the last decade, the only three certain things were death, taxes and a growing global outsourcing market. Maybe we should hold off on that last one, however.

Outsourcing declined by 18 percent in the second quarter in the number of large contracts awarded, data from TPI showed last week.

The drop in large contracts totaled $16.4 billion from the same quarter last year, and is being attributed to a weak demand in the Americas. Total contract value (TCV) in the Americas slipped 51 percent, according to TPI’s John Keppel.

While some outsourcing markets are starting to have problems, the Asia-Pacific market is growing at a substantial rate. Outsourcing in the region grew by 55 percent year-on-year, while the Middle East and Africa witnessed outsourcing growth of 13 percent in TCV during the second quarter this year.

While the Indian market may be cresting, the largest outsourcing firms in the country are doing just fine. TCS, India’s largest outsourcer, reported quarterly revenue of $2.4 billion, up 34.4 percent from the same quarter last year.

The report from TPI only covers large outsourcing contracts, which are defined as having a value of at least $25 million. So while large contracts were reduced heavily in the second quarter from last year, smaller contracts could be doing just fine.