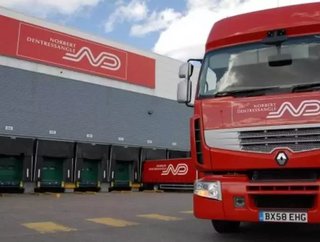 Leading logistics and transport services company, Norbert Dentressangle has announced its revenues have increased by two percent to &euro;2,959 million...

Leading logistics and transport services company, Norbert Dentressangle has announced its revenues have increased by two percent to €2,959 million for the first nine months of 2013.

Transport revenues posted a modest 2.0 percent fall to €1,514 million thanks to a slight recovery in the third quarter.

Logistics revenues rose by 7.3 percent to €1,409 million boosted by a strong momentum in its traditional markets, the integration of the Fiege Italian and Spanish businesses and the start-up of operations outside Europe.

The company’s statement confirmed that EBITA 2013 reached comparable levels achieved over the past few years.

Hervé Montjotin, Chairman of the Executive Board, said: “In line with expectations, Norbert Dentressangle is reporting an encouraging increase in its business activities for the first nine months of 2013, primarily driven by a return to growth in the third quarter.

“In particular, our Group is taking advantage of its now significant exposure to economies which are growing at a faster rate than that of France.

“The Transport business returned to growth in the third quarter. The Logistics business reported robust growth which is accelerating thanks to a sound commercial momentum in its European markets, the launch of the businesses with our customer Danone in Saudi Arabia and in Russia, and the consolidation of Fiege’s businesses in Italy and Spain.

“The Freight Forwarding business will benefit from the consolidation of Daher’s French and Russian freight forwarding businesses as from the fourth quarter. Based on this performance, we are confident in our ability to maintain our operating income (EBITA) at a level comparable to that achieved over the past few years.”