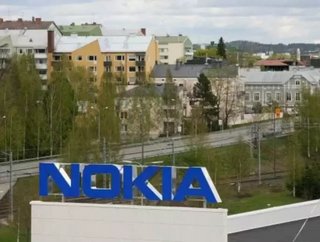 Earlier this year, Nokia announced its intentions to outsource thousands of jobs overseas in a supply chain management initiative designed to cut costs...

Earlier this year, Nokia announced its intentions to outsource thousands of jobs overseas in a supply chain management initiative designed to cut costs to hedge against the company’s dropping market share.

Nokia just completed the transfer of 2,300 engineers to Accenture, a global consulting firm based in Ireland with many of its operations taking place in the United States.

“Nokia announced today that it has completed the transaction to outsource its Symbian software development and support activities to Accenture,” the company said in a statement.

Symbian is a mobile operating system and computing platform for Nokia’s line of Smartphones. Nokia is expected to work with Accenture to develop the Symbian product through 2016.

Nokia, which saw its mobile phone market share drop from 40 percent in 2008 to 29 percent in the first quarter of 2011, planned to cut 4,000 jobs and outsource another 3,000 to Accenture in April. The good news is that the company’s projected outsourcing target was higher than expected.

That being said, Nokia still has many challenges ahead. CEO Stephen Elop said earlier this year in February that the company would be phasing out its Symbian OS in favor of a partnership with Microsoft. The bulk of the 4,000 expected job cuts are resulting from that move.

Earlier this week, Finnish-based Nokia shocked everyone when it was cutting another 3,500 jobs in Romania, Germany and the United States. That move was entirely unexpected, as the company said earlier this year that no more layoffs were expected “for as far as we can see into the future.”