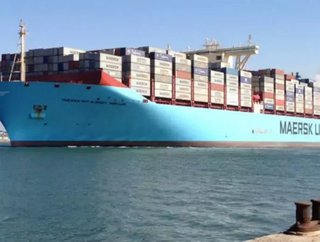 Follow @JosephWilkesWDM Massive Danish conglomerate Maersk has seen its shares rise by almost seven percent after reporting a big rise in its container...

The massive multi-company Maersk Group, with its Maersk Line, which has been the largest container ship operator and supply vessel operator in the world since 1996, reported a $439 million (£281 million) profit for the second quarter of the year compared to $227 million in the previous year.

Group Chief Executive Officer Nils S. Andersen said: "We deliver a good operational result for the quarter thanks to improved performance in most of our businesses. Maersk Line has made strong and consistent progress and is now an industry leader in terms of profitability," says.

"APM Terminals continues to deliver good results, and Maersk Drilling had its best quarter ever based on strong operational performance.

"Oil production was relatively low, but it has bottomed out now and will return to growth in the second half of the year.

"On Group level, we seek to further advance performance and growth by establishing a fifth core business unit with a target of USD 0.5 billion by 2016."

Maersk operates the biggest container ship in the world, the Maersk Mc-Kinney Moller, launched in February this year.

It accounts for approximately 15 percent of the world's container shipping capacity.

But the group, which includes oil drilling and other transport businesses, saw total profits fall.

They were down 11 percent to $856 million, smaller than expected.

Maersk’s interim report for the second quarter of 2013 said: “The group’s revenue decreased to US $14.2 billion primarily due to lower average container freight rates and lower oil entitlement production only partly offset by higher container volumes.”