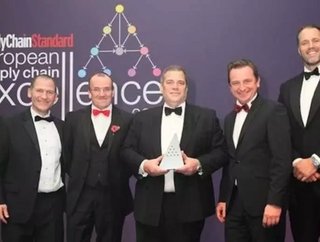 Follow @SamJermy and @SupplyChainD on Twitter.In a year of activities to commemorate 150 years in business, John Lewis has another reason to celebrate...

In a year of activities to commemorate 150 years in business, John Lewis has another reason to celebrate: the UK's largest department store retailer has scooped two awards with its logistics automation supplier, KNAPP, at the European Supply Chain Excellence Awards.

Both awards recognise the huge success of John Lewis' omni-channel fulfillment, much of which is performed at the retailer's Magna Park distribution centre in Milton Keynes using advanced logistics automation systems from KNAPP.

David James, Regional Director for KNAPP, who attended the awards with other members of the KNAPP and John Lewis teams, said: "We are thrilled to have won these awards together with John Lewis. Since the automated facility at Magna Park was first conceived some seven years ago, we have developed a close working relationship with the logistics team at John Lewis.

“Their enlightened approach to investment in supply chain automation is making a significant contribution to the success of John Lewis, and it's very pleasing to see this recognised across the industry."

John Lewis has seen phenomenal growth in its direct-to-customer business and, as a result, the company is now investing in a second distribution centre at Magna Park. The new DC, being kitted out by KNAPP, is connected to the existing facility by a link bridge.

The ESCE accolades come hot on the heels of other awards recently for John Lewis; the retailer picked up two prizes at the Hermes Retail Week Supply Chain Awards and one at the CILT Annual Awards for Excellence.

KNAPP AG operates internationally in the field of warehouse automation and warehouse logistics software. The company, headquartered in Austria, has 2,500 employees worldwide with 20 subsidiaries and 13 representative offices around the globe. More information can be found at: http://www.knapp.com/cms/cms.php