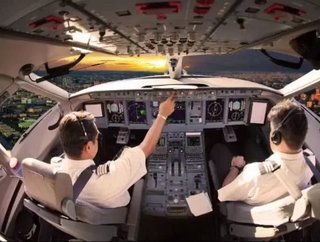 For quite some time now aviation hasnt left the list of top 50 most technologically advanced sectors (according to Brookings Institution). However, the...

For quite some time now aviation hasn’t left the list of top 50 most technologically advanced sectors (according to Brookings Institution). However, the majority of aviation companies (with only a few obvious exceptions) still fall vastly behind most IT companies in terms of progress in the areas of brand image and attractiveness. Trying to break the bewitched cycle are the aviation personnel resourcing specialists, who seem to have found the right password to more effective IT as well as marketing tools. And their efforts are already bearing results.

Aviation professionals are hard to find. And when we say hard, it’s like a hundred-to-one. Over a million of pilots and technicians will be needed over the following two decades, let alone CEOs, median level managers and other specialists. Despite numerous talks, little has been actually done to combat this crisis. Aviation companies fall short of the top 20 Hottest Places to Work in 2016 – the list formed by Glassdoor according to employee morale, career opportunities and, most importantly, the companies’ communication. In other words, most airlines have clearly failed to convey the clear reasons why professionals should even want to work in aviation.

According to eMarketer, mobile digital media time (51 percent) has now overtaken desktop (42 percent) and companies not optimised for mobile are at an obvious disadvantage. In addition to mobile, marketing is experiencing another major shift as companies jump from textual content to video content marketing.

Keeping in mind that 79 percent of all internet traffic will come in the form of video content by 2018 (according to MarketingProfs), product videos, live streaming as well as testimonial videos play a significant role in marketing strategies. Testimonials hold exceptionally great value with customers and when we talk about the trust-based industry, it becomes priceless.

Skaiste Knyzaite, CEO of AviationCV.com said: “Pilots in particular are globetrotters who work in numerous countries throughout their careers. Prior to making the decision about the next destination they dig deep to understand the culture, life and work conditions in which they are planning to immerse. We provide them with on-ground, real life footage and interviews with the current employees to get the most comprehensive view of the job.”

The fact that the industry is ranked amongst the most advanced is no excuse to stop improving and moving forwards, stated the CEO, and he concludes that the formula for success is rather simple. “Every business starts with an idea and that idea develops over the years of existence. As innovative approach and the courage to be a pioneer is valued amongst customers and partners even in the most conservative industries. Add that to an extensive experience in the field and we have ourselves a proper formula for tackling even the toughest issues in the segment.”