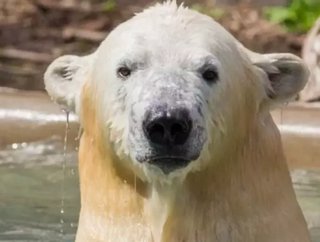 Follow @SamJermy and @SupplyChainD on Twitter.The Saint Louis Zoo announced today that Kali a 2 &frac12;-year-old, 850-pound male polar bear that was or...

The Saint Louis Zoo announced today that Kali a 2 ½-year-old, 850-pound male polar bear that was orphaned in Alaska as a cub, is now resting comfortably in the Zoo’s new McDonnell Polar Bear Point exhibit, which is set to open 6 June.

Kali’s transportation from Rochester, New York, to St. Louis was donated by FedEx. The Saint Louis Zoo’s veterinarian and animal care staff accompanied him on the day-long journey, which included a FedEx Express flight from Rochester to Memphis, and a temperature-controlled truck transport via FedEx Custom Critical from Memphis to St. Louis.

Kali is not currently on view and will make his public debut when the exhibit opens on June 6, after a 30-day quarantine period. Quarantine is a standard procedure for animals that have been transferred from other zoos to allow them to acclimate to their new home and diet, and most importantly to prevent the introduction of pathogens among animals in the care of conservation organizations.

Kali’s new home is a 40,000-square-foot habitat that offers visitors a 22-foot viewing window, where the polar bear can come right up to the glass to greet guests. The sea water area features a 1,000-square-foot Arctic room with a four-panel viewing wall.

Jeffrey Bonner, PhD, President and CEO of the Saint Louis Zoo, said: “We are extremely grateful to FedEx for their generosity in transporting Kali with such care and attention to his well-being” “Their professionalism and top-notch service were exemplary.”

Kali came to St. Louis from the Buffalo Zoo, where he has lived since May 2013. In March 2013, the orphaned bear was turned over to US Fish & Wildlife Service (USFWS) by an Alaskan man who shot and killed Kali’s mother in a hunt.

Neil Gibson, Vice President FedEx Corporate Communications, said: “FedEx is committed to the conservation of at-risk animal populations, and we’re proud to have played a part in Kali’s journey. We applaud the work of the Saint Louis Zoo and wish Kali a bright and happy future in his new home.”

USFWS determined that St. Louis would be the bear’s permanent home, working with the Association of Zoos and Aquariums (AZA) Polar Bear Species Survival Plan (SSP). SSPs cooperatively manage specific, and typically threatened or endangered, species populations in the care of conservation organizations.

Named America’s no.1 Zoo by Zagat Survey and Parenting Magazine, the Saint Louis Zoo is widely recognised for its innovative approaches to animal management, wildlife conservation, research and education. One of the few free zoos in the nation, it attracts about 3 million visitors a year.