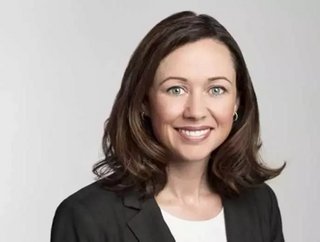 Who is Amanda Hobson, Chief Financial Officer and Vice President of Finance and Corporate Services at British Columbia Lottery Corporation and what make...

Who is Amanda Hobson, Chief Financial Officer and Vice President of Finance and Corporate Services at British Columbia Lottery Corporation and what makes her on of Canada’s most powerful women?

BCLC announced in a statement this week that Hobson had been named as one of the Top 100 Most Powerful Women in Canada, as ranked by the Women’s Executive Network (WXN). The rankings pay tribute to those who have advocated for diversity in the workforce and who serve as an inspiration for the next generation of leaders.

Hobson, having joined BCLC in 2013, is a key driver of financial success and growth for the business and oversees finance operations, external reporting, financial planning, procurement and corporate services.

Prior to joining the company, she has worked for Deloitte, Enbridge, CGC Helicopter and PPinnacle Renewable Energy.

Through her work with BCLC’s Casino business unit, Hobson helped to secure one of the largest contracts in the Corporation’s history: new 20-year Operational Services Agreements with casino service providers. The Agreements set the course for greater accountability, long-term private-sector investment and sustained revenue to the Province and communities.

Hobson also goes above and beyond her role with BCLC as a  founding member and supporter of AIM, a grassroots group to connect, inspire and motivate women at BCLC, with a focus on networking, professional and personal development and giving back.

“In addition to her numerous career successes, Amanda’s contributions span well beyond the workplace,” said BCLC President and CEO Jim Lightbody. “She is a driving force in the community of Kamloops and takes an active role with many groups including as a Board Director with the Royal Inland Hospital Foundation and an avid supporter of the Kamloops Food Bank. She embodies BCLC’s ideals of giving back and helping communities grow.”