The scope of Jonathan Tulitt’s role at Transdev Wellington is vast. Recently taking up the Wellington-based post of General Manager of Operations, Tulitt oversees the day-to-day operations of the Greater Wellington regional passenger network, ensuring that it runs to timetable with minimal disruption. Looking at the whole scope of business elements from leadership of the Onboard teams (Locomotive Engineers, Train Managers and Passenger Operators), maintaining a high level of network performance, management of the Service Control Centre and Network facilities, as well as service planning functions, Tulitt draws on a wealth of experience across a decade in the rail sector.

“I first joined Transdev as a Fleet Controller working inside the control room at Britomart Train Station in Auckland as a frontline staff member monitoring rolling stock movement,” recalls Tulitt. “I moved into a project management role delivering electronic train protection across old rolling stock, and from there I took on depot operations management - overseeing service operations of a new depot when we transitioned into electric train operations.” Since then Tulitt has progressed through several roles, including Acting COO in Auckland, which sees him well placed to drive new initiatives and innovations as the company embraces transformation.

Tasked with turning under-performing business functions around, such as disruption management, and keen to re-engage staff to ensure Transdev delivers a consistent high performing service, Tulitt’s achievements in his first six months in Wellington are already evident. “I've introduced a comprehensive performance improvement plan in Wellington, focused on lifting levels of service performance back up from the previous high 80s into the high 90s,” he says. “Whether it be new technology, or improvements to back end operations, we're introducing new systems to better track performance and ensure it's at the forefront of what we do.”

Tulitt is working with all of Transdev’s internal and external stakeholders to develop a concise plan while supporting additional upgrade work across the network so that, when new infrastructure comes online, his team can utilise it to its maximum capability via timetabling, optimised staff utilisation and rolling stock management.

As Tulitt’s team execute his improvement plan, the importance of having the right culture to achieve Transdev Wellington’s goals cannot be overstated. “At Transdev Wellington I've tried to instill an inclusive, open, honest and transparent work ethic through my management and leadership team,” he says. “To me, it means doing what I say I'm going to do, following through on my commitments and ensuring that I involve my staff, and our internal stakeholders, in all of the decisions we make. It's been a tough culture shift, and a trust building exercise not just for my frontline staff and management team, but for me too. I’ve had carte blanche to run things as I see fit, and that brick wall of trust that I've chosen to rebuild in the short time that I've been here is really paying off.”

Tulitt admits it’s been a challenging process for frontline staff, but they’ve risen to the challenge. “It’s a well-established, heavily unionised business where perhaps it’s not always been easy for staff to trust management, but our commitment to being as honest and transparent as possible is helping us move away from an ‘us and them’ mentality so we can deliver initiatives together.” He stresses the importance of using the right forums to get feedback and incorporate that with company strategy. “We’ve got to mould that vision with the staff so they understand where we’re trying to go and bring them on the journey. It’s been a key piece of the puzzle that’s been missing previously.”

Technology has played a role in that culture shift. “Introducing new technology is always a challenge,” maintains Tulitt. “We have an older workforce that are actively embracing the new technology; the driver tablets we're introducing essentially replace the paper function of the business. When a locomotive engineer books on they must have all of their paperwork (bulletins, rules, procedures) - it can weigh up anything from three to six kilos! We're now giving them access through a digital portal so they can synchronise each morning when they turn up, and at the start and end of each of their journeys. They will have the latest information at their fingertips wherever they are, in real time. The feedback from trials has been really positive.” Tulitt is also managing the transition of manually produced rosters to an electronic scheduling system called Hastus. “That's going to enable us to automate processes to make simple changes to timetables for special events or even whole new timetables, in a fraction of the time currently required.”

Tulitt’s team in Transdev Wellington benefits from synergies with the group’s global business. “Our biggest group innovation has been the MyTransdev app,” he says. “It gives us a business portal from all across the world directly into the hands of our frontline staff which allows them to have a voice. The app’s facilities cover personal rosters, news, staff sharing, chat and digital forms for incident reporting and standard admin processes and other cumbersome processes now digitised in one app.”

When Tulitt’s frontline staff out on the network find an issue with a piece of infrastructure they can take a photo and post it directly to the app, allowing management and critical service providers across the business to comment directly. “It’s particularly useful as a group tool for disruption management,” says Tulitt. “We can push real time information out to our frontline staff app users and tell them exactly what's happening and how any issues are being mitigated. Each business within the Australasian group has its own bespoke version of the app, but the framework is generic.”

While technology is supporting Transdev’s staff, it’s also helping to monitor and guide overall performance. “One of our most important partners is Tracsis,” reveals Tulitt. “They're supporting us to introduce a performance attribution system which will essentially replace the system currently in use by Transdev Wellington and our client, the Greater Wellington Regional Council (GWRC). We've committed to delivering the Compass system, which will become the primary attribution tool for our service performance in Wellington. It’s a big task to handle all of our contract abatement requirements in one piece of software, so we've been working with Tracsis to deliver that to GWRC’s specific standards.”

Transdev faces a challenge to deliver high performing and consistent service while upgrades to facilities and infrastructure in the region are ongoing, such as Wellington’s 1960s signalling system, antiquated overhead line structures, and single to double tracking projects. “We’re going through a big upgrade project on our network, led by our key partners KiwiRail and GWRC,” explains Tulitt. “As the network is upgraded, we're making sure we push out more information to our staff while bringing in our third-party stakeholders to brief them, build that trust, and to make sure the change management we’re going through is softened and staff are well informed.”

Managing change successfully is something Tulitt has achieved in his previous role in Auckland where the EMU fleet was rolled out across the network, replacing old diesel with electric rolling stock. “It was like putting a PlayStation in front of someone that's never really used a computer to do their job before,” he jokes. “It's all about how we communicate that new technology with our staff and how we bring them on the journey.” Tulitt notes that staff in Auckland, particularly drivers, took on supervisory roles as people leaders across the network to better offer support to the wider team. It’s a transparent approach that’s paying off in Wellington where the recently completed bargaining on a multiple collective agreement was concluded in principle in a matter of weeks. “There was no need for strike action and the agreement was settled with the highest ever ratification (over 98%) of any collective in this particular union,” he explains.

The continued push for transformation sees Transdev monitoring the latest trends and keen to meet the future needs of its passengers. “We're seeing more automation of manual systems, particularly onboard systems,” says Tulitt. “When we introduced the electric rolling stock in Auckland we went from having no onboard signalling system to utilising the European Train Control System (ETCS) that actually tells the driver what's ahead of them. In Auckland, we’ve been using it successfully for over three years now.”

Tulitt points out that Transdev is committed to operating sustainable modes of transport with Wellington being one of the greenest networks in the country. “Wellington offers a very clean mode of transport, running on around 84% renewable energy,” he says of the company’s efforts to reduce its carbon footprint. “Patronage growth is driven by environmental factors and it’s been interesting to meet the challenge of capacity outstripping our rolling stock capability. We’ve been on a tough road, but we’re managing to do it.” For Tulitt and his team, the signals Transdev’s transformation is sending show the track ahead is clear. 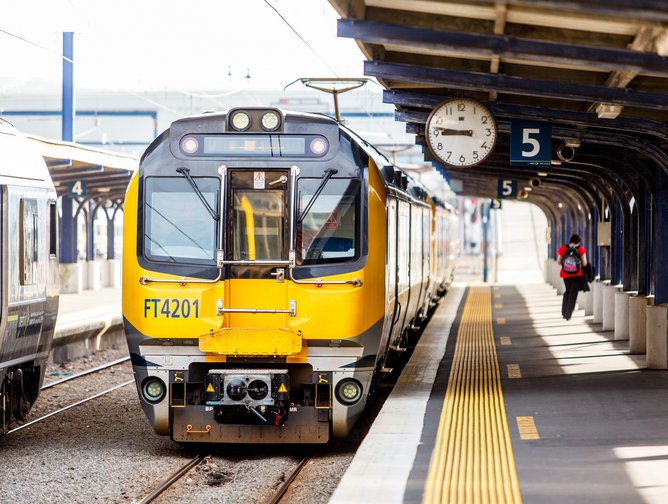 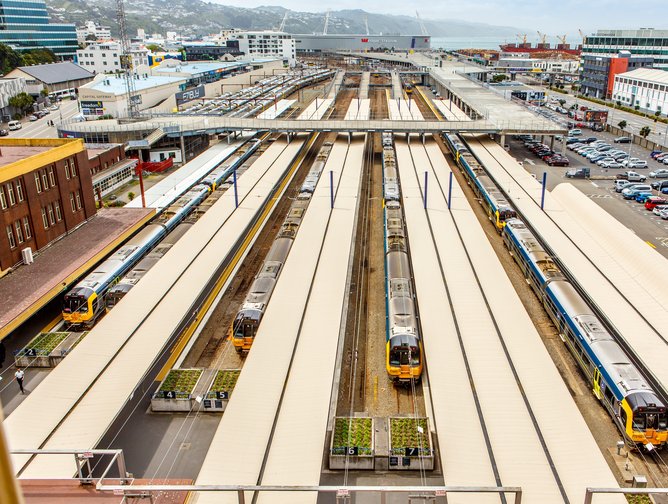 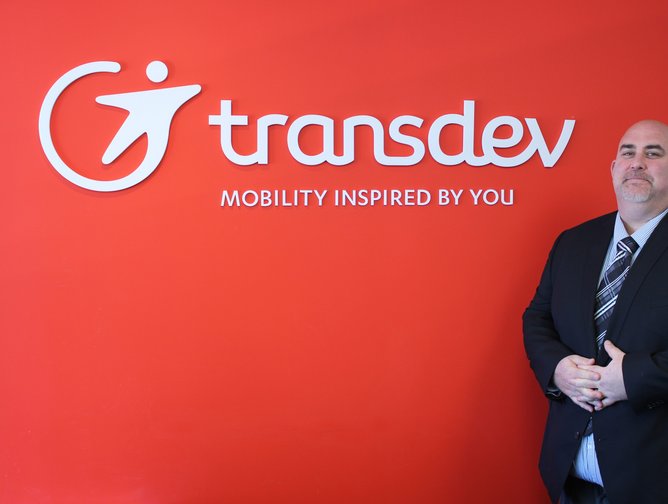 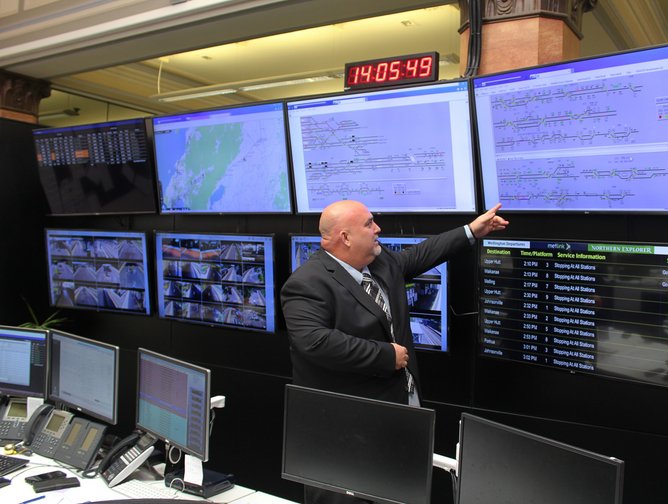 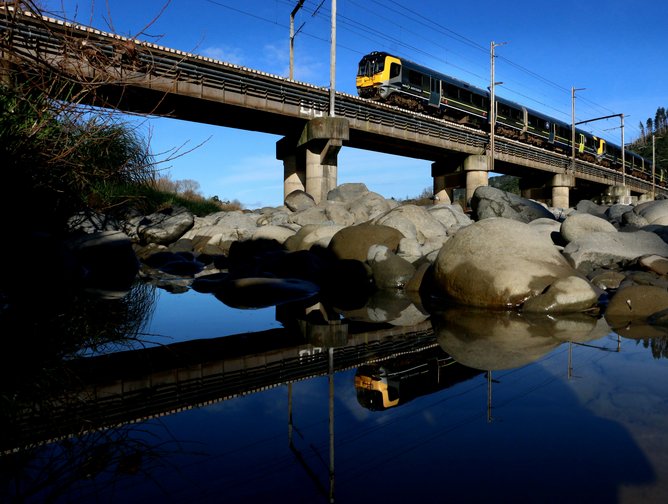